SAY THE WORD AND YOU’LL BE FREE 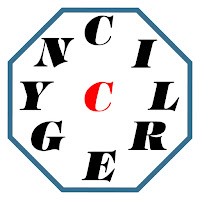 For some weeks now, I have been obsessed by the “Polygon” puzzle, in the appropriately named “MindGames” section of The Times newspaper. The aim is simple enough – create as many words as possible from a ring of seven to nine letters, while always including a further letter in the centre of the ring.


This is simple enough, but the rules The Times impose on the puzzle drive me to distraction. Your words must be of a minimum length (usually three or four letters), and must be listed in the Oxford Concise English Dictionary. They must also not be capitalised words or proper nouns, plurals, comparatives or superlatives, adverbs ending in -ly, or be a conjugated verb – I can say I “hate” these rules, but I can’t say I “hated” them. Even worse, your results are given a rating. For example, if you find twelve words, that could be “average,” with 17 listed as “good,” 22 as “very good,” and 28 as “excellent.”


I know I have enough of a vocabulary to make myself understood, and nothing is more important to me than being understood, but these rules are enough to sow some doubt. If my final score breaks through the “average” level into “good,” that is a cause for celebration. On the other hand, there is an enormous difference between how many words you know, and the number you would actually use yourself.


Trying a test on the site testyourvocab.com, part of an American-Brazilian research project, reveals I have a vocabulary approximated at 32,200 words, within the adult average of 20,000-35,000 words. However, with the test asking how much fictional literature I read, and my answering “not much” (well, not when compared to non-fiction anyway), the message is that those who try to learn the meaning of one new word every day might be better served by reading a Stephen King novel instead, where the use of language is more important.


Learning a new language exposes how many words are actually needed to be “fluent”. Basic English, developed in the 1930s as an aid for teaching English as a second language, has a beginner’s vocabulary of only 850 words, before expanding to a general list of 2,000 words (https://simple.wikipedia.org/wiki/Wikipedia:Basic_English_combined_wordlist). Looking at this list, I can only see what I am not likely to use – “chauffeur,” “cognac,” “suchlike,” and what the hell is an “overshoe,” apart from the bottom of a trouser leg?


The only lessons to take from this exercise is to always have the right tools to say what you want to say, read as much as you can, and stop doing word puzzles in newspapers.

[In case anyone started the puzzle at the beginning of this article, here are the results. There are no ratings for how well you do, and the only rules I am imposing are a minimum of four letters, with no proper nouns: ceil, ceric, cering, cicely, cine, circle, cire, clergy, cleric, cline, cling, clinger, clingy, crine, cringe, cringle, crying, cycle, cycler, cycling, cynic, genic, glyceric, glycine, lice, lyric, nice, nicely, nicer, recycling, relic, rice.]
basic basic English chauffeur cognac English overshoe polygon suchlike testyourvocab the times trouser word words