I am going to mention Quorn quite a bit here but, as will become clear, this is not an endorsement – for a start, I like Linda McCartney sausages as well.


I don’t really eat red meat. I’m not a vegetarian either – I just prefer chicken or fish most of the time. Instead, I am more likely to eat Quorn, now preferring its meat-ish taste to what it is imitating. In fact, when I do eat actual red meat, I do get a bit surprised – “oh, so that’s what they’re copying.”


Choosing not to eat meat is an ethical and lifestyle choice, and so is choosing to eat something that looks like meat, but Quorn was developed not to satisfy this sort of demand – in the 1960s, there was a fear the world would run short on protein-rich food within twenty years. 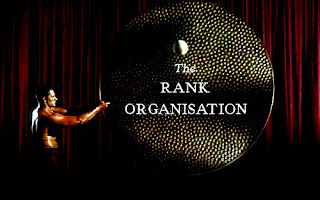 The British chemical giant ICI had already developed a process named “Pruteen,” where bacterial single cell protein was turned into animal feed, so the head of Rank Hovis MacDougall, J. Arthur Rank, instructed his company’s research laboratory to look into converting starch, left over from bread production, to make a protein for human consumption. (As Rank was also the UK’s biggest film producer at the time, he could also have produced an effective biochemical weapon from the jokes in “Carry On Camping.”)


Quorn went on sale in 1985, in a joint effort between Rank and ICI, becoming very successful. The carbon footprint produced in Quorn production is eighty per cent less than beef, and free-range eggs are used as a binding agent. For what is a type of fungi, the ingenuity in producing products that taste like meat, in addition to its appearance, cannot be denied. However, I still cannot get over how you can only buy Quorn that is made to look like meat, almost confirming that is the only way people will buy it. 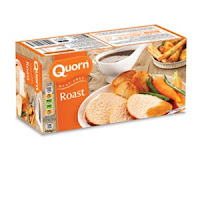 The furthest it has strayed from this is the Quorn “Roast,” or “Family Roast,” a concoction resembling a giant sausage that tastes like it is trying to tap into the collective experience, in its customers, of what a “roast” is, regardless of whether it is turkey, or chicken, or anything else – for that reason, it may be the best product they sell!


I just feel Quorn have missed a trick by using their protein to develop food that, while still tasting like meat, could look however they wish, bringing in even more people based on curiosity. I have had the idea of “Quorn Blue Pyramids” stuck in my head for ages, but while I cannot make that myself, Quorn can have this idea for free. Much like Birds Eye have contorted potatoes into faces, dinosaurs and so on for children, perhaps Quorn could try the same.


Having said all that, I am having fish for dinner today, so I will have to think more about this later.