So, here I am, at my nineteenth article for this site, having not decided on what to write. I have future subjects in mind, with facts and ideas percolating away, but nothing screaming to be written this very minute. However, I will have a good word with myself about having something really good for next time.


In making a film, this is not possible at all. Aside from hoping to contribute to the art of storytelling, people at all levels of the film business, from actors to crew to cinemas, depend on you for their livelihoods. If you cannot start principal photography with a good script or, even worse, an unfinished script, you risk the anger of too many people to contemplate.


Bearing in mind how most films are adaptations of stories from another source, I will draw on an essay I wrote in 2013, upon the release of zombie film “World War Z.” Based on a novel by Max Brooks, son of Mel, the maker of “The Producers,” “Blazing Saddles” and Young Frankenstein,” the script for “World War Z” was written by one person in 2008, and rewritten by another over the following couple of years, before shooting the film began in 2011, with a budget of $125 million.


The final budget grew to $200 million, more than the combined cost of producing all of Mel Brooks’ film. The reason was the seven weeks spent reshooting the entire last third of the film, after realising this part of the story, and the ending, didn’t work. A third writer was contracted to rewrite the script, but other commitments meant a fourth had to finish it off.


I haven’t heard much about “World War Z” since its release. A sequel is planned for a 2017 release, having made enough at the box office to warrant one, but spending millions of dollars on a film shouldn’t leave you trying to remember it.


To beat this cycle of events, a film producer needs an insane amount of luck, like Warner Bros. did with their winner of the 1943 Academy Awards for Best Picture and Best Adapted Screenplay. That this film’s script is often held up as one of the best ever written belies the bat-shit nature of its conception.


It starts with two brothers, Julius and Philip Epstein, adapting a one-act play no-one wanted to produce. They then went to write a short film for the director Frank Capra, while Howard Koch was brought in carry on. After a month, the Epsteins resumed their work, but Koch wasn’t told. Finally, the weekend before shooting began, a meeting between the producer, director and the writers, concluded there was only sixty pages of usable script, and no ending.


The rest of the script was written once filming began – with the villain part thought to be too small, another writer, Casey Robinson, was drafted in to the mix. Once the lead actor, thinking his character was too weak, suggested a flashback sequence to fill in the gaps, the result was a contest between all the writers to find the best scene. The ending was worked out on the day it was shot, the director working out between the actors, using what script they had, as to what the most logical conclusion they had. The final line, “Louis, I think this is the beginning of a beautiful friendship,” was written by the producer, and recorded by the lead, Humphrey Bogart, a month after finishing the scene.


So, yes, “Casablanca” is a brilliant script, and also why I usually write only when I have a plan. 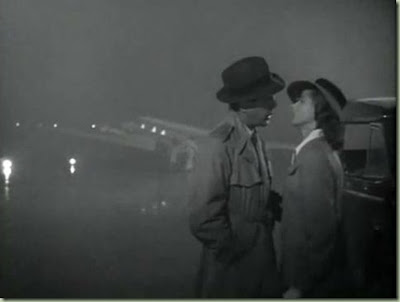