AND WE’LL KEEP ON FIGHTING ‘TIL THE END 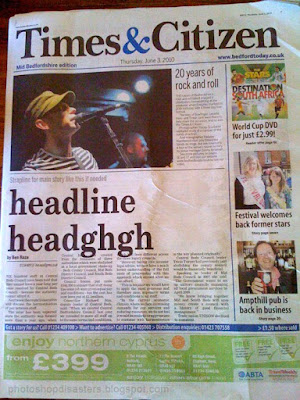 Well, my original intention of writing about newspapers is to excoriate how they assume their way of reflecting the United Kingdom fits the national character, how they second-guess the thoughts of reactions of their audience, before prescribing what they should think, and how they berate those who do not have the same ways they do, calling them “champagne socialists,” “the establishment,” or “Bremoaners” (the last one is particularly annoying, as if only a few people voted to stay in the European Union).


However, that is what most people think about newspapers, including many who still buy them – thankfully, they have other features and pull-out sections about less contentious stuff, particularly at the weekend, when we have more time to read them. The bigger question that came out of my preparation for this display of putting one word in front of the other, having not bought my usual Saturday copy of “The Times” recently, is: “does anyone still buy newspapers?”


It is a bit of an obvious question, as the answer, for now, is still “yes.” “The Sun” still sells nearly 1.7 million copies a day, and the “Daily Mail” is just behind that. However, only ten years ago, they each sold nearly a million more than that. The “Daily Express” once claimed the biggest circulation in the world, at over five million copies, except that was in the 1930s – now, they can’t even scrape 400,000 but, unlike “The Sun,” “Mail” and most other papers, they don’t give copies away, competing the million-plus copies of the “Metro” sent out every morning.


Sales of newspapers essentially started to decline with the start of radio, its potential seen immediately as a threat. The General Strike of 1926 hobbled the print industry, even reducing “The Times” down to two sides of an A4 sheet, but radio, with a number of bulletins per day, still got the news out to people, and in a much more efficient way. Once the strike was over, the British Broadcasting Company received a Royal Charter to become a corporation, but newspaper companies managed to have bulletins restricted to evenings only, using only news supplied by them – the outbreak of the Second World War to put an end to that. 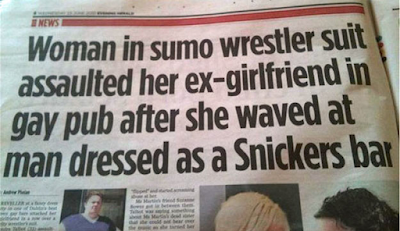 So, what of newspapers now? Shorn of the ability to break stories first, they can only rely on influence, either through investigations being reported on by wider media, such as the “Guardian” series on phone hacking, or through its journalists being called upon to speak on TV and radio news. Meanwhile, the preponderance of opinionated columnists, like Katie Hopkins, and the inevitable Twitter backlashes they inspire, is the nearest we get to experiencing that particularly American type of talk radio that never arose in the UK, because we still had newspapers for that point of view.


As much as the “Guardian” website implores me to help pay for its content, it has given it away for seventeen years now, and when advertising on a website that attracts nine million regular visitors can’t pay for the level of quality it has to maintain its brand, and the only other option is paying TWO QUID for the paper version, there may come a point where the concept of a “newspaper” may end. It all depends if you can convince people to pay for it online, which “The Times” had, although “The Sun” scrapped its paywall after lack of interest. Thankfully, I don’t need to work out the answer but, if enough people are reading online, they could save the money spent printing ink onto woodpulp. 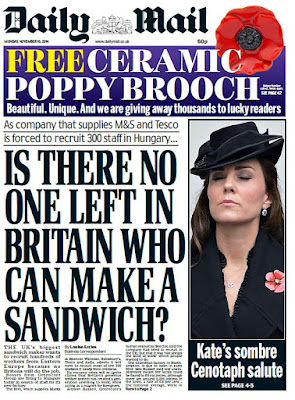