Earlier this week, I tried to find a computer programme that allowed me to turn speech into text, while I spoke. Thankfully, entering notes on my phone allows me to do this, but this all came from an idle thought about writing in a stream of consciousness style, hoping the mere act of continuing to talk might yield something that could be useful in one of these screeds, rather than go through a week-long bout of perspiration, trying to think of a subject that could be both informative and entertaining.


However, once I started to do it, I started feeling like this may not work. What you are reading here is, in fact, a VERY, VERY heavily edited version of my talking, to myself, about trying to talk about streams of consciousness, as if layers of reality, like layers of rocks over millions of years, were bearing down on my brain. You may feel that you are free when you can say anything you like, but when you have set yourself a task to be as free as possible, before giving yourself a completely clear ground, with no reference points, and nothing on the horizon, your journey is going to be hellish.


Thankfully, with the way the English language is structured, with all its nouns, prepositions, and subordinate conjunctions, one thing can very easily follow the other, so off I went. What also helped is knowing that, if the mangled results can be presented in a nice way, all contained within paragraphs, it will, at least, be readable. 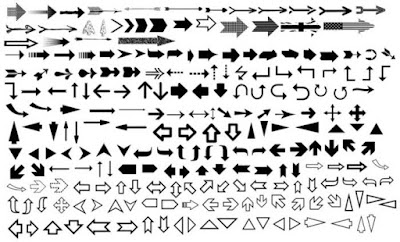 Having introduced the idea of streams of consciousness to myself, Beat Generation writers like Jack Kerouac and William Burroughs did come to mind, with Kerouac’s original draft of his novel “On the Road” being one continuous roll of paper, fed through a typewriter over the course of three weeks. There was also an academic paper, accepted last month for a US conference on atomic and nuclear physics, that was produced by Christoph Bartneck, an associate professor at a New Zealand university, by using the same auto-completion software I was using, to prove the conference was only looking to make money – the paper was accepted, but asked for an expensive attendance fee.


However, I knew I would be slowing myself down by referring to things I would have to check were correct later – thankfully, they were, and I could still use them.


I think my experiment was successful, but it may not extend beyond this first stage – I was left with far too much rubbish to sort through, with my phone, at one point, thinking I had launched “an investigation into sex,” which has already been successfully completed by other people. Building a good structure means you need to have a plan first, and that is where I feel happier. Perhaps my words work better when you can see the sweat and effort still dripping off them, I don’t know…
Christoph bartneck editing jack Kerouac new Zealand on the road physics rubbish speech into text stream of consciousness William burroughs