PARADISE ON EARTH IT IS TO SEE

Until now, I only knew this about the Czech Republic: SS Normandie, one of the fastest ocean liners of the 1930s, had a rudder made by Skoda Works, of which the car company was a part. Therefore, I was glad to come across something that ordered me to look further.


In September 2016, I heard the government of the Czech Republic had decided to officially adopt “Czechia” as the short form of the country’s name, to be used in everyday life, much like “United Kingdom,” “Great Britain” and “England” are used to substitute for a much longer name. More information is available at the Czechia Civic Initiative’s website www.go-czechia.com


This adoption actually took place six months earlier, but was really only reported in the UK when a British Government committee, the Permanent Committee on Geographical Names, advised all British people to start using the name. 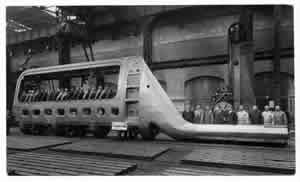 The reasons the Czech government gave for adopting “Czechia,” chiefly to avoid confusion on what the short name for its country actually is, indicates the need for odd-sounding committees. “Czechia” has also been updated on the United Nations’ databases of country names, and is listed under the ISO 3166 standard for country names, which is something that exists.


I originally scoffed upon hearing “Czechia.” Hearing it for the first time (and then finding “Czechia” has been used on an off since the 19th century), the suffix “-ia” is used by so many other countries, including neighbouring Slovakia, it sounded too easy to add, especially when you consider the “utopia” described in the Czech national anthem, “Where Do I Live?”


Because corporate rebranding also exists, we are used to accepting, and rejecting, new names. The general store Wilkinson rebranded as “Wilko” in 2015, but it sounds too “matey” for me to take seriously. There was also the unanimous rejection of “Consignia plc” as the name for Royal Mail in 2002, after just fifteen months, because it tried to convey trustworthiness by using a made-up Latin-sounding word.

The main aim of “Czechia” was achieved very quickly – people were talking about Czechia. It is a country of actual Bohemians, and Moravians, and Silesians. It is the birthplace of Franz Kafka, Jan Svankmajer, Antonin Dvorak, Martina Navratilova, the arc lamp, the modern contact lens, the term “robot,” the A-B-O blood groups, pilsner beer, and the sugar cube. It is one of the happiest countries in Europe, and Prague is the fifth most visited city in Europe.


Most importantly, however, is the Czech Republic being both a medieval and modern country - Bohemia was part of the Holy Roman Empire, but Czechia has only been an independent country since 1993. “Czechia,” as a name, is rooted in the Slavic tribe that resided in Bohemia from the 9th century, while succeeding as a very modern branding exercise. No matter how long “Czechia” existed as an option, it still reminded its first modern president, the writer and philosopher Vaclav Havel, of independence from Slovakia, which he initially opposed, in addition to “crushed slugs.”


The next time I am likely to come across Czechia, as a country, will be in the Eurovision Song Contest in May – I will keep an eye on which name they use. 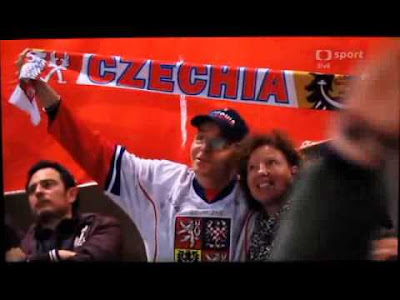