DON’T TALK OF DUST AND ROSES 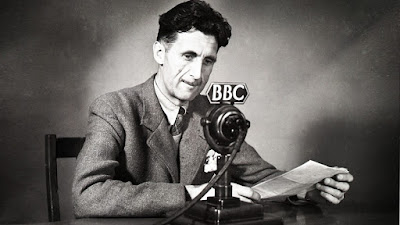 It is a tragedy that George Orwell, one of the greatest writers in the English language, and one of the most vociferous defenders of the correct use of the English language, did not live long enough to see the neologisms he created with satiric intent – Big Brother, Room 101, doublethink, and so on - pass into regular usage, to lance through perceived injustices.


Orwell preferred that we should be as clear and accurate with the use of our language as possible, so we will never know if he was pleased that we had to borrow from his own work to help achieve that. However, I do imagine that your name becoming a term, like “Orwellian,” referring to the control of language through misinformation, propaganda and denial, is a secret hope of any writer.


Newspeak, the fictional controlled version of English featured in “Nineteen Eighty-Four” was, of course, never meant to help people find exactly what they want to say, which its words have since done. While the uses and intentions of Newspeak are adequately covered elsewhere, including within the novel itself, the possibility that it can create the two-word sentence “Oldspeak ungoodthinkful” should be unsettling enough. 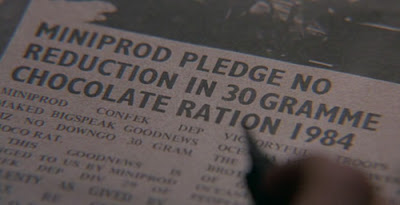 “Oldspeak” is the Newspeak term for the English language that it sought to replace, and the assertion that Oldspeak is described by the following word means you can do without the word “is.” In the novel, “goodthink” is described as having orthodox thought, i.e. the type of good thoughts that are in line with the ruling party, in that they keep everyone in line. Therefore, the notion of “good,” and the word “good,” can only be described in relation to the party. The suffix “-ful” makes an adjective out of any noun in Newspeak, just as “-wise” makes an adverb out of a noun, and using “un-“ makes any noun into a negative, deliberately removing the need for something to be described as “bad,” while placing anything that is “un-“ against the notion of what the party regards as “good.” Therefore, for the party, speaking “old” English is not something a good citizen would do. 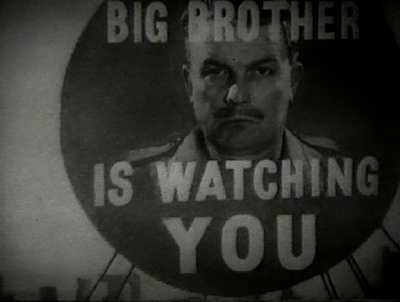 I will say that my heart sank while typing that last paragraph. If you were in a society that only spoke Newspeak, the need for slang would arise very quickly. Just as the secretive lexicons of Cockney rhyming slang and Polari arose within London in the last century, being able to speak openly is essential to be able to live, and if you need different words to achieve that, you will find them.


In his essay “Politics and the English Language,” published three years before “Nineteen Eight-Four,”  Orwell admonished the overuse of flourishes and technical language in English writing, as if any step away from clarity will cloud your intentions straight away. However, when the same essay provides six rules for writers, Orwell was wise enough to use the last rule to say it is better to break the other five “than say something outright barbarous.” These days, the point that makes is more like using  social media to immediately say what you feel,  without thinking what you are about to post – in other words, Big Brother bellyfeel Twitter. 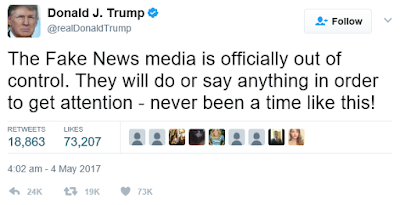