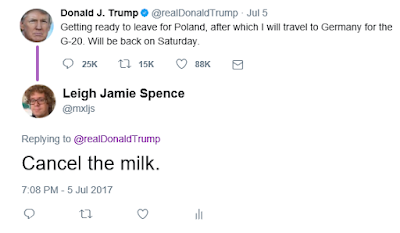 “The trouble with Twitter, the instantness of it - too many twits might make a twat," said David Cameron, a year before becoming Prime Minister, while being interviewed by Christian O’Connell on Absolute Radio – he has since tweeted over 2,500 times.


Five months earlier, on 3rd February 2009, Twitter entered the consciousness of most British people when Stephen Fry posted a message from a building at the end of London’s Oxford Street: “Ok. This is now mad. I am stuck in a lift on the 26th floor of Centre Point. Hell’s teeth. We could be here for hours. Arse, poo and widdle.” Fry has since quit and rejoined Twitter a few times, including on one occasion, again in 2009, when he said there was “too much aggression and unkindness around.”


In 2017, Twitter is known as the social media website where there is not enough space to express yourself. Facebook has built its reputation as the greater data aggregator, providing acres of space through its main site, then Messenger, Instagram and so on, to give two billion people all the space they need to display their lives, make connections with others, and pour their souls straight into Facebook’s servers. 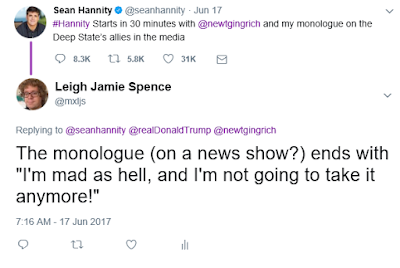 Meanwhile, Twitter may let you add a picture or a video, but the site’s origin as a way of sending SMS-like messages to small groups, and co-founder Jack Dorsey’s definition of the word “twitter” as “a short burst of inconsequential information,” show that public perception, and use, of the site has outstripped the site’s intentions. The ability to broadcast your thoughts is too compulsive for some, and the free, easy cyberspace setting makes real-life consequences feel, well, inconsequential.


How do I fit in to all this? I mainly use Twitter, and Facebook – I really cannot be bothered with any of the other sites right now – to signal I have written something new, or to highlight something interesting. However, I have felt the need to repudiate things a few people have said, once I realised I had the same means they did. I have only done this with the tweets of three people, but they are people that give the impression they could not be bothered by anything anyone said.

The people are Donald Trump, with his self-styled “modern-day presidential” attitude on social media that would get any other person fired from their job, requiring both defense and explanation  from White House Staff; Piers Morgan, a former newspaper editor who writes a column for the Daily Mail Online when not pontificating and raising his voice at people on breakfast television; and Katie  Hopkins, a contestant  on the reality TV show “The Apprentice,”  noted for her hardline views there, which has also been turned into a career as a hardline newspaper columnist, insisting it is the Left that made her, like a Frankenstein’s monster. These are all very forthright people, where I wouldn’t want to agree with them, even if I did, because of the way they force their opinion on people.

The responses I have made on Twitter have been when I could see someone was only talking from their own point of view. Humour had to be central – I am not trying to incite conflict of any sort – and if I made a point at the same time, that is fine. I like that one person described my tweets as “sassy,” because, at last, I now have proof. Basically, all you need to do is remember that, just because someone feels they can say what they like, they will become answerable in one way or another, as Katie Hopkins would know, having lost a court case over libelling the cook and blogger Jack Monroe – just because it is social media doesn’t mean it doesn’t count.


I’m not yet saying we should “drain the swamp” of annoying people from Twitter, but they shouldn’t have to be completely comfortable in saying whatever they like – there have to be consequences. We should have a backup plan - we could all migrate back to MySpace instead. No, I didn’t know it was still going either. 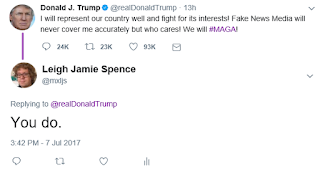