ALL THAT GLITTERS AIN’T GOLD

I first became aware of rose gold when Apple released the iPhone 6S and 6S Plus in 2015, giving me a year to wait for my phone contract to end before I could get one in this colour. Apple added this colour to its range, which already included gold, mainly to attract Chinese buyers, a growing market for them. However, you can now trip over products that are burnished with a colour originally intended to be highly exclusive, but that is what the popularity and fashion games are all about.


For the record, gold becomes rose gold when you add copper to it, turning more to red when copper content is increased. The most recognised shade of rose gold is usually 75% gold, 22.5% copper, and also 2.75% in silver. In order to create that particular shade of pink – “rose” does make it easier to sell – you need to be able to afford it, in the same way that blue could only be created for paintings and elsewhere by using highly prized minerals, like cobalt and azurite, until synthetic dyes could be developed. 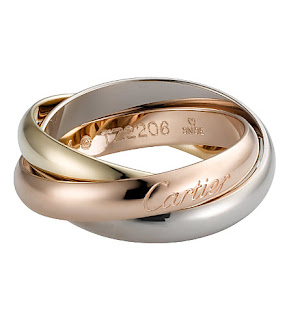 While “regular gold” is eternally in demand, the fortunes of rose gold rise and fall with fashion, and what can be made with it. Originally known as “Russian gold,” having been part of a palette of white, green, yellow, purple, blue and grey gold alloys used by high-end jewellery makers like Farbergé, they of the imperial Easter eggs.


However, rose gold mainly entered Western culture in 1924, with the Trinity ring by the French jeweller Cartier, which combined three bands of gold, silver and rose gold. Although now on general sale, and expanded into necklaces, bracelets and earrings, it was originally a private commission by one of the most romantic of Frenchmen, the novelist, poet and filmmaker Jean Cocteau – I had thought it was a gift to his love, but it turned out to be for himself, wearing it on his left little finger.


Rose gold did retreat in popularity in the 1930s, tastes turning to more simple, geometric designs, and stark colours like white gold and platinum. However, this itself died out when platinum was needed in production during the Second World War, and so the cycle back to yellow and rose gold began again.


Of course, the proliferation of rose gold we have now is only of the colour, not the metal – it is complementary to other jewellery, and to some skin tones, so everyone has made a run towards it. To me, it is not far away from bronze, which is copper mixed with tin, so I am now waiting for bronze to make a comeback – I can buy a Sharpie marker pen in bronze, and Apple’s next iPhone apparently could replace rose gold with a copper-based colour. I don’t know if this is the cause of fashion looking for the next big colour, but when our ideas of silver and “gold,” regular yellow-coloured gold, are clearly defined, and not to be played with, playing with colour appears to be the next step. 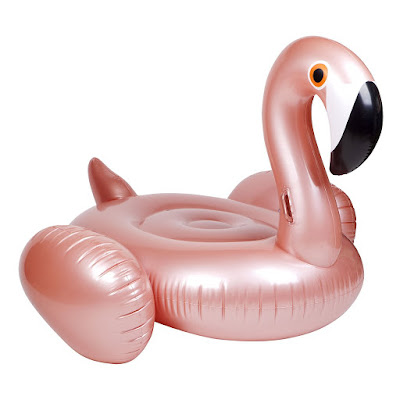