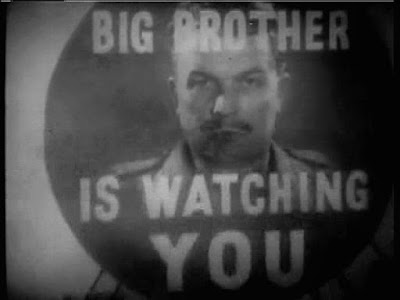 Never having lived under an authoritarian, nationalist regime, it is easy for me to say, as a British person, that I am not a fan of fascism.


In modern history, Britain has never had a regime that took itself seriously enough for anything remotely fascist to work - the British national character, or our idea of one, likes to take overly successful or self-important people down a peg, so the personality cult found around many fascist leaders cannot materialise. I need not go over (again) the shortcomings of Nigel Farage, Donald Trump and Vladimir Putin because they are both apparent, and well known to all of us, but those shortcomings mean they do not make the grade as a fascist leader – no, they’re not good enough for that either.


Replacing the existing British political system with fascist control would be too radical, and far too much work. Groups like the British National Party are tiny, but no “centre ground” party exists either, because the Conservative and Labour parties always vie for control of the middle ground in general elections. Dragging everyone towards the far right really requires a decisive, seismic event, and even the Second World War couldn’t manage that.


In the absence of a personal test, I agree with a passage often used to confirm British hostility to Fascism. It is found in the 1938 novel “The Code of the Woosters,” by P.G. Wodehouse, where Bertie Wooster repudiates Roderick Spode, leader of the Blackshorts. Spode is an analogue of British fascist leader Oswald Mosley, who was imprisoned by the British Government, with other far-right sympathisers, in 1940:


“The trouble with you, Spode, is that just because you have succeeded in inducing a handful of half-wits to disfigure the London scene by going about in black shorts, you think you’re someone. You hear them shouting ‘Heil, Spode!’ and you imagine it is the Voice of the People. That is where you make your bloomer. What the Voice of the People is saying is: ‘Look at that frightful ass Spode swanking about in footer bags! Did you ever in your puff see such a perfect perisher?’” 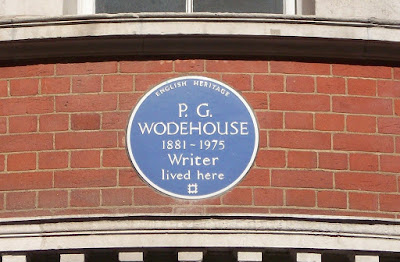 While the writings of Pelham Grenville Wodehouse embody the manners, the thoughts and the language of a Britain now gone, the sheer British-ness of the man himself got him into trouble. He initially did not escape his home in France when the Nazis invaded Paris in 1940, and was later captured after making an attempt. The following year, interred in Berlin, Wodehouse was made to broadcast five radio talks, directed to the United States and Britain, titled “How to be an Internee Without Previous Training.” In these talks, he confirmed, “I never was interested in politics. I'm quite unable to work up any kind of belligerent feeling.”


In the absence of knowledge about the circumstances that produced these talks, Wodehouse was decried in Britain. After the liberation of France in 1944, he returned to New York, where he also mainly lived before the Second World War began - his pre-war picture of Britain, as presented in his writing, was preserved. The broadcaster Malcolm Muggeridge, who was a MI6 intelligence officer when he encountered Wodehouse after the liberation, later said he was “a man singularly ill-fitted to live in a time of ideological conflict, having no feelings of hatred about anyone, and no very strong views about anything. ... I never heard him speak bitterly about anyone—not even about old friends who turned against him in distress. Such temperament does not make for good citizenship in the second half of the Twentieth Century.”


Where does that leave me? When modern-day fascists – “alt-right” really is just a branding exercise - feel emboldened by the actions of leaders, you have no choice but to speak out against it but, as usual for social media, you could be denounced for trying to censor someone to promote your own views. Plurality of opinion is ideal, but threatening the safety of others, in order to promote your own agenda, is simply stupid.


People can believe whatever they want, but if you do want to cut your nose off to spite your face, don’t be surprised if people happy with their own noses decide to offer you a scalpel – and if you think this will work instead, trying to sound reasonable will not work either, especially if the words are not there. 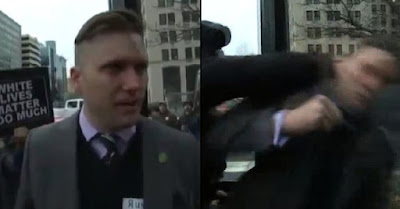