WHEN I WAS YOUNG P.C. MEANT POLICE CONSTABLE 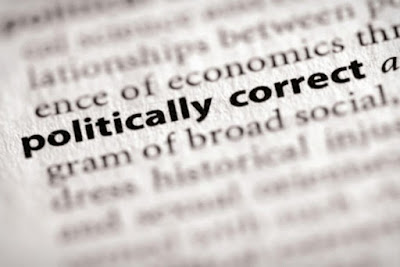 Straight away, I can tell you I am not interested in exploring whether “political correctness,” from the name to the concepts involved, is a good thing or not. I predict that you may have already made your judgement upon hearing those words, in that order, based on the information, experience and opinions you have personally.


Instead, I am more intrigued about how the definition of “political correctness,” originally meant to signify something positive, has turned sour, both over time, and when anyone has reason to use it. For a term that tends to mean what the user wants it to mean, no wonder “political correctness” needs inverted commas around it.


There is no surprise that “political correctness” was born in the home of culture wars, the United States. Originally entering common usage to reflect how Communists were viewed as thinking their ideology was, politically, the correct one, it became co-opted sarcastically in the 1970s by the “New Left,” who looked at sexism, racism and so on with a reply like, “that’s not politically correct,” in opposition to more inclusive opportunities that can be viewed as ideologically sound. However, from the 1990s, “political correctness” was turned against even this by the political right, with the avoiding of expressing anything that could exclude or insult groups of people became viewed as another way of creating prejudices elsewhere. This is a very generalised version of the way the term has turned, but any more than this will risk switching myself off from my own writing.


In short, the battleground of “political correctness” is how to integrate groups of people that have, in various ways, have been socially excluded or discriminated against – women, black people, LGBT people, the disabled, and so on, all small groups that, ironically, would make a majority if taken together. However, acts of “affirmative action” will be at the expense of someone, somewhere, at some point, interpreted as someone at no risk of exclusion before, but now seeing their view of a fair and equitable situation change – no wonder it might rub some up the wrong way.


Inevitably, the search for new ways of describing a shifting society throws up descriptions of “political correctness gone mad,” the “thought police,” references to inflexible people as “Nazis,” society descending into “anarchy,” and accusations that “free speech” is being infringed. These are all terms that can be used, and defined, by both sides of the debate, to their own ends, usually by trying to exclude the other group. It feels like political debate in general run by the principles of Godwin’s law – the longer the debate goes on, the more likely someone will reference Hitler or, in this case, any of the above, in order to cut off, or win, the debate.


I have this, possibly misplaced, hope that people will wear of the debate, and just learn to get on instead. There is little worse than saying you are offended by something, without giving a reason why. The act of “political correctness” is only offensive if it is used to exclude people from a fair society, no matter what other terms are then bolted on to it. Good debate needs everyone to speak the same language to each other, and good society allows everyone to participate without pissing about over using language to exclude people.
affirmative action anarchy free speech Godwin's Law Hitler Nazis New Left political correctness thought police