FEEL THE POWER OF THE RAIN KEEPING ME COOL 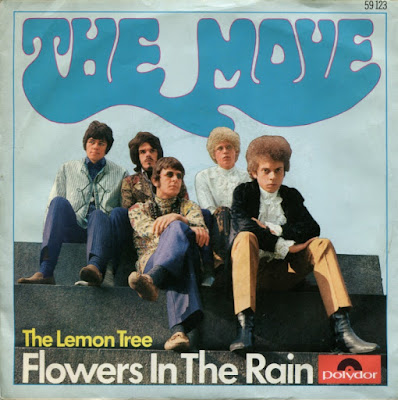 There are more than enough reasons to have a sense of burning injustice, and while there are bigger reasons than this one to feel something extremely unfair has happened, I am surprised I had not come across this one until now.


With the recent fiftieth anniversary of the start of BBC Radio 1, there are few people left who don’t know that The Move’s “Flowers in the Rain” was the first song played on the station, after a jingle, the theme for Tony Blackburn’s breakfast show (“Beefeaters” by John Dankworth), and the sound effect of Arnold the dog. 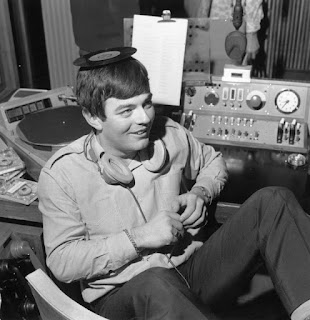 As told in the radio documentary “The Story of Flowers in the Rain,” which I heard last week – Tony Blackburn narrates the programme sounding completely unlike his DJ persona - the thunderclaps at the start of the song led Blackburn to choose it as the first record to play, while the lush musical arrangements, adding a pastoral setting to the song, were made by co-producer and violinist Tony Visconti, most famous for his run of albums he produced with David Bowie.


However, only two weeks after Blackburn’s first playing of the song, which had reached number 2 in the charts, The Move were in court, convicted of libelling the Prime Minister, and having all royalties for the song removed from them in perpetuity, never to see a penny from it.


I was shocked. Importantly, this wasn’t the fault of The Move itself, but rather that of Tony Secunda, their manager at the time. Secunda was fond of publicity stunts, including an event at Birmingham Fire Station to promote the band’s later single “Fire Brigade,” while sending out blackberry pie and champagne for “Blackberry Way.” For “Flowers in the Rain,” five hundred promotional postcards were printed, which decided to make use of the Prime Minister, Harold Wilson, “in flagrante delicto” with his secretary at the time, in order to make a point of comparison… 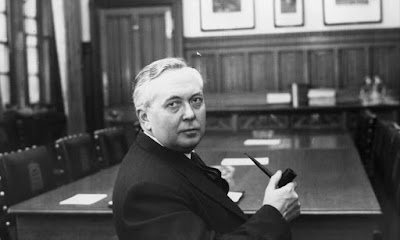 Wilson sued The Move for libel or, to be more accurate, he sued the band, Secunda, the record label, the illustrator of the postcard, the third party that arranged the printing of the postcards, and the printer. The Labour PM was represented in court by the Conservative MP and barrister Quintin Hogg, later Lord Hailsham, who successfully argued that Wilson had been subjected to a “violent and malicious personal attack.”


Finding in favour of Wilson, the postcard had a perpetual injunction placed on it – technically, this is still in place, so I can’t really show or describe it properly, although it is not beyond the ability of anyone to find an example of it – and all royalties for “Flowers in the Rain” and the B side, “Lemon Tree,” would be distributed to charities of Wilson’s choosing. These initially included Stoke Mandeville Hospital, birthplace of the Paralympics, and The Spastics Society, now renamed Scope – the latter charity had recently lost out on thousands of pounds due to a government tax change affecting a football pools it had been running. In later years, the British Film Institute, art galleries, the Variety Club, Bolton Lads Club and the St. Mary’s Ladies’ Lifeboat Guild have been among the beneficiaries.

I still couldn’t quite believe what I was hearing. Later, I found the documentary to which I had been listening had actually been for the fortieth anniversary of Radio 1, in 2007, but if the BBC were happy to have played it again, it must have meant the situation had not changed – in 1995, The Move’s lead singer, Roy Wood, took the Harold Wilson Charitable trust to court to reroute the still incoming royalties to Birmingham Children’s Hospital, but was told the original agreement could not be altered. It is unsurprising that Wood considered The Move to have received “a longer sentence than the Great Train Robbers.”


Wood was not interviewed directly for the documentary, but fellow Move band members Bev Bevan and Trevor Burwood were, and it felt that they had chalked up the whole affair as a bad experience, and moved on. Wood, as the songwriter, would understandably be less sanguine about it. Yes, most of the band had barely entered their twenties in 1967, but it was an action of their manager that caused the court case, leading to Tony Secunda’s firing by the band, which itself broke up soon after.


Wood and Bevan founded the Electric Light Orchestra, with Roy Wood later leaving to set up Wizzard, then become a solo act, while Secunda later managed T-Rex, Motörhead and The Pretenders, among others. English defamation laws were reformed in 2013, but only applies to cases from the start of 2014.


I still don’t know what to make of this, apart from feeling that this shouldn’t ever have happened – I have seen the postcard, and while it is attempting satire, its purpose as an advertisement for a record is almost in the background. Knowing none of The Move receive anything for any time I hear “Flowers in the Rain” make me want to avoid ever hearing it again, but Van Morrison still performs “Brown Eyed Girl” despite a similar situation existing for him, although his relates to the contract he signed at the time. I can only guess that, if everyone has found their way of dealing with it, and have moved on, then there is nothing more I can say. 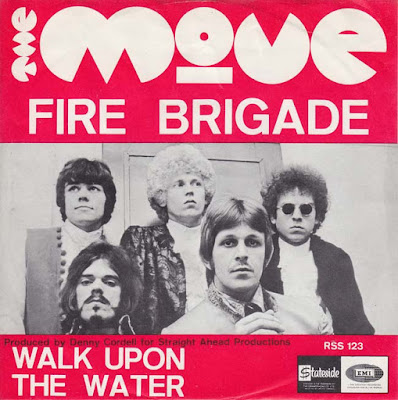