I’LL PICK A ROSE FOR MY ROSE 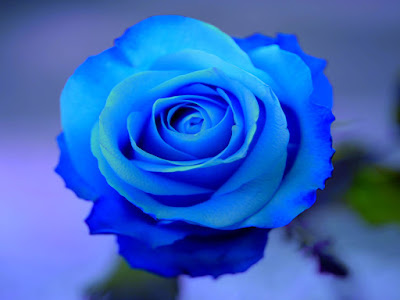 A weekend trip to a home furnishing shop led to my gazing at a display of artificial flowers – yes, you can now find fake horse chestnut branches, free of bleeding cankers, with spiky capsules and all. However, looking at the limited selection of roses, I thought to myself, “if you can’t make real blue roses, how come you can’t buy a fake one?”


Blue roses, something never found in nature, are desirable precisely because they are unattainable: in Chinese folklore, the idea of them are used to signify unrequited love, while in the western world, mystery, the impossible, and quests for the impossible are often highlighted by the flower. These ideas were formed at a time when the colour blue itself was very expensive, formed using cobalt or lapis lazuli, and featuring rarely until synthetic dyes were introduced in the 19th century. Rudyard Kipling’s poem “Blue Roses” depicts a man’s “idle quest” across the world to find the roses his love truly wants, despite being able to freely pick red and white ones – when he finally returns, she has died: “It may be beyond the grave / She shall find what she would have.” 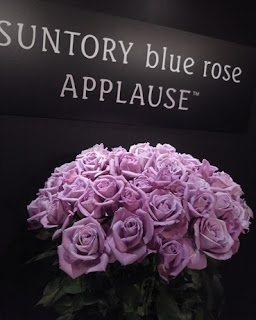 So, if you have bought a blue rose, it will have been a white rose dyed blue, unless you have come across “Applause,” a rose cultivated after twenty years of research between the Australian company Florigene, and Suntory, its Japanese parent company, more of which later. It appears to be as “blue” as a blue greyhound – it is actually more lilac in appearance, and the research on producing a bluer rose is ongoing. In the meantime, “Applause” is on general sale as a luxury item, particularly geared towards a Japan, where “Ikebana,” its tradition of flower arranging, is taught in schools.


The strangest aspect of this rose is the presence of Suntory, as its company in the UK is known as Lucozade Ribena Suntory – in January 2014, it bought the drinks division of GlaxoSmithKline, minus Horlicks, which the British pharmaceutical company opted to keep. Suntory began as the name of a whisky, but now own brands such as Jim Beam, Teacher’s whisky, Courvoisier brandy, and Orangina. Suntory owns the vineyard Château Lagrange, in Bordeaux, where a high percentage of the grapes planet are cabernet sauvignon – delphinidin, the blue pigment in this type of grape, was transferred to “Applause.” Meanwhile, Suntory’s business as the exclusive Japanese bottler and distributor for Pepsi has made its way into the anime version of the manga series “Tiger & Bunny,” where its superhero characters receive on-screen sponsorship by real-life companies –  the character sponsored by Pepsi is named “Blue Rose,” which I have concluded is a happy accident. 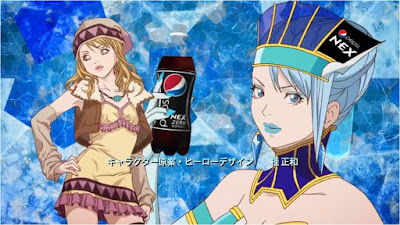