It is very well-known that, one day in 1930, a BBC radio announcer proclaimed, “there is no news,” with piano music played to fill the gap. This is often read as the BBC deciding no news was worth broadcasting that evening which, in our age of instant reports and reaction to the merest flinch of an event, sounds either completely authoritarian or completely hilarious. However, the very specific set of circumstances that led to this decision would never be repeated, as our appetite for information was already increasing.


The day was Good Friday, 18th April 1930. Usually, the BBC’s National Programme would broadcast, after the mid-morning Daily Service and Shipping Forecast, a continuous diet of concerts and talks from noon to midnight, with two news bulletins at 6.15pm and 9pm – regional services dipped and out of the national feed, re-reading “The Second News” at 10.15pm. However, Easter meant Good Friday’s main programmes started at 3.30pm, with a military band, string orchestra, sports results, church service, and an evening concert of Wagner’s “Parsifal,” conducted by Sir Henry Wood, who began the Proms. Regional services had their own concerts, but all had an interval at 8.45pm, for the single news bulletin of the day. All services closed down for the night by 10.15pm. 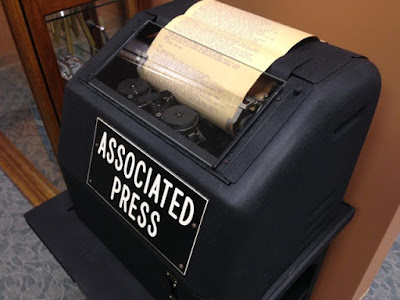 When regular radio broadcasts began in 1922, news bulletins on the BBC were only broadcast after 7pm, to protect the newspaper industry. By 1930, the embargo had moved forward to 6pm but, as before, the BBC was required to take its stories, unedited, from newspapers and their wire services, for which their paper tape machines had only just been installed. The BBC also had to broadcast numerous government announcements, even down to the banality of “post early for Christmas,” eventually forming their own section of each bulletin.


On this Good Friday, the system was nowhere to be found. The Chittagong uprising, in what is now Bangladesh, had just started, but news would not reach the UK in time. Even then, newspapers in the UK did not routinely publish on Good Friday until 1987, and their wire services were not running either. The BBC were expecting a denial to come from the Home Office over the reporting, in a newspaper, of an interview with the Home Secretary, because no newspaper would be available to report the denial – eventually, nothing came, as it was no longer news. With no news available, piano music became the more appropriate interval between the concerts.


In 1934, the BBC finally moved news out of its “Talks” department and into its own division, its reputation as a respected and impartial news provider formed in the heat of the Second World War. In contrast, newspaper circulation peaked has steadily declined since the 1930s, hastened by the advent of television and online news. Now, the cacophony of news stories leads us not to ask if what we are given is news-worthy, but whether it is even true – far better it be insignificant than absolute rubbish. 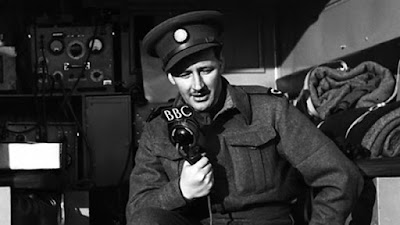