JUMP INTO A DUSTBIN AND DANCE

After another year blighted by terrorism and ideology – OK, name a year when that wasn’t the case – Christmas becomes a time for remembering the lights in our world, those things for which we give thanks, for which the world becomes that bit better or, in the very least, a little more bearable.


This was demonstrated by my finding a radio show, recently played out on BBC Radio 4 Extra, titled “The Naughty Navy Show,” from 1965, starring Spike Milligan, with John Bird and Barry Humphries, in a story not unlike those found in “The Goon Show,” but without the orchestra and sound effects. The difference here was how the show was recorded in front of a group of students at Greenwich Royal Naval College, on Christmas Day. While not the best show Milligan ever did, it is nice to hear everyone giving up their time on Christmas Day to perform a professional show. Similar shows were done for Army and Royal Mail workers, but at other times of year. 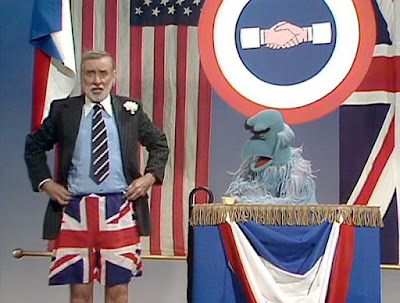 For me, Spike Milligan is the father of modern comedy. Milligan begat “The Goon Show,” which inspired “I’m Sorry I’ll Read That Again,” which inspired “Monty Python’s Flying Circus,” which inspired a number of comedy specials on Canadian, which led its producer, Lorne Michaels, to create “Saturday Night Live,” which produced or inspired every American comedy film, so-called or actually funny, ever since. Milligan is also the father of subversive comedy – “The Goon Show” featured impressions and parodies of the Prime Minister, then Winston Churchill, at a time when that was just not done, and numerous satires of British institutions, both military and civilian, filled the show every week. The sheer effort to write twenty-six half hours per week cost Milligan his sanity at times, making him one of the first to talk openly about depression, for which the national conversation is still playing catch-up. 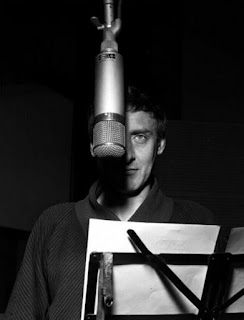 Just as I had been introduced to “The Goon Show” by my father, I was introduced to Spike Milligan through his poetry, particularly “In the Ning Nang Nong,” by one of my primary school teachers, Mrs Mason. We would learn double, or joined-up, writing by copying out Milligan’s poems: “Pussy-cat / What are vices? / Catching rats / And eating mices!” That practice has given way to something faster and clearer for me to write, but my expectations for poetry to be both symbolic and economic were set by copying up some of the best examples until it stayed in your head: “There are holes in the sky / Where the rain gets in / But they’re ever so small / That’s why the rain is thin.”


Milligan also has a sense of bravery in light of those who defend their nationality as part of their identity, for he was willing to lose his own when it became indefensible - as a British Indian, born in Ahmednagar, he refused to take the Oath of Allegiance necessary for him to get a British passport, and was rendered stateless, until he gained an Irish passport – even marrying a British woman later, and a subsequent letter writing campaign to the Foreign Office, made no difference.


I have written previously about Milligan’s post-apocalyptic play and film “The Bed-Sitting Room” [link], and I know I am likely to return to the man and his work again, for how it has helped shape my view of the world since childhood, and I will continue to be thankful for knowing how much of a difference his work will continue to make.
Barry Humphries John Bird monty python Ning Nang Nong Saturday night live spike milligan The Bed-Sitting Room the goon show Winston Churchill