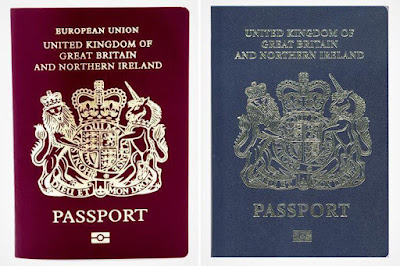 For me, the easiest way to start is by recounting the story: last week, the French-Dutch company Gemalto, a digital security company that also manufactures mobile SIM cards and biometric scanners, emerged as the winner of a blind auction held by the UK Government for the contract to produce passports for ten years from 2019. The new passports will be blue in colour, but this turned out to be the least interesting part of the story. Gemalto will replace De La Rue, the British makers of banknotes and stamps, who themselves won the contract in 2009 from 3M Security Printing and Scanning, although the originators of Scotch tape and Post-it notes are no longer in this line of work.


Back to today: the “Daily Mail” newspaper, having fallen out of its bath chair upon hearing that a foreign company – a French-ish one, no less – may be awarded the contract to produce a symbol of British nationality, has received over 120,000 signatures to a petition demanding that the makers of British passports must remain British, regardless of the fact an American company has done it before. The argument forced by the “Mail” includes how Gemalto are to be bought by the French defence company Thales, which is partly owned by the French state, and that the company had apparently been subjected to hacking raids in 2010 and 2011 from the US National Security Agency, and from its British equivalent, GCHQ, that were aimed at stealing the encryption keys that could unlock the security settings in SIM cards, of which Gemalto is the world’s biggest producer.


I used my hundredth article to point out how the circulation of the “Mail” is falling, and I wish this story had broken then, for it clearly explains why the eventual demise of this newspaper will not be mourned. As the “Mail” pointed out, the information on the hacking raids came from documents released by the whistle-blower Edward Snowden, who had been working as a contractor for the NSA. In October 2013, when another newspaper, “The Guardian,” published information on what Snowden had leaked, the “Mail” labelled it, “a paper that helps Britain’s enemies,” that would put lies in danger. Another newspaper, “The Independent,” also spoke at the time about choosing not to publish leaked data that would have proved sensitive. I can only guess that, due to time having passed, any leaked information that now helps prove your point is now fair game. 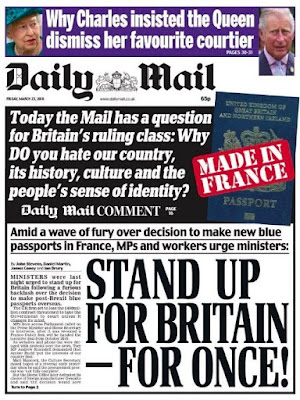 Then, there is headline for the “Mail’s” comment piece, published in last Friday’s issue: “Today the Mail has a question for Britain’s ruling class: Why DO you hate our country, its history, culture, and the people’s sense of identity?” It is an extraordinary screed of bile and phlegm, which includes this magical passage: “As the EU pillaged our sovereignty, it also decimated the symbols of our sovereignty. Weights and measures went the same way as the passport.” Those metric bastards! The piece also references how, “while Remainers predictably sneered,” the new passport was announced to be blue in colour, for the first time since 1988, a symbolic shift from the burgundy colour adopted since 1988, when the UK voluntarily standardised its passport colour with the rest of the European Union – as someone who has only ever had a burgundy passport, this means absolutely nothing, but for others, especially the “Mail”, the symbolism of a return to something imperial means the entire world to them.


I thought the blue cover of the new passports was going to be my main point of conversation, a symbol of longing for a time that exists only in memory, as people only tend to remember the good things about the past – using the colour of a book to indicate a distinct national identity being one such thing, rather than hailing the less sexy fact that British citizens can access more visa-free travel than anyone else on Earth.


Instead, I am stuck talking about awarding government contracts. The prevailing argument since the news broke over Gemalto, propagated by the “Mail,” is that despite the award being the result of the free-market economics of which you imagine the “Mail” would be in favour, money should not have been the major thought, even if the Government could save up to £120 million. While De La Rue could lose jobs, Gemalto will create jobs, particularly at its offices in Fareham, not far from where I live. However, even if Gemalto proves it is secure in its management of data, just as De La Rue and 3M did, the simple fact that allowing a non-British company to deal with British biometric data is being considered as treasonous, giving a British national newspaper another chance to be xenophobic about those bloody foreigners again: page 7 of last Friday’s “Mail” carried a teaser for a later story, marked as “Mass walkouts cripple France – quelle surprise!” It’s almost like the French right to strike is part of their national identity or something. 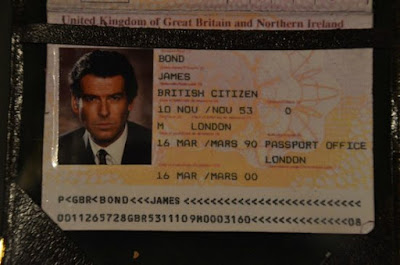