DISTURB THE SOUND OF SILENCE [106] 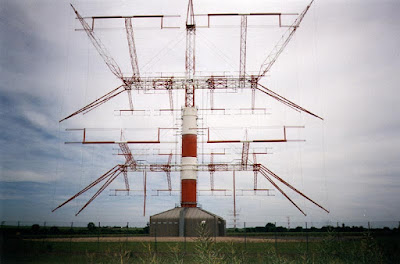 All I need is to press “Scan,” and my digital radio will produce a list of available stations, but there is no game in that. My main radio used to be a large hi-fi system, to which you could connect your own FM aerial, and see if you could pick up stations that should be too far away. I managed quite well – a fifty-mile radius from my home is not too bad for FM radio, even if some stations could be drowned out by signals both nearer and stronger. I still have the hi-fi system, mostly for the record player and CD recorder I also attached to it, but radio is far more convenient to find now and, if you are listening online, you can pick up a far better sound than FM can ever produce.


I have decided to try the game again, this time with a supermarket own-brand radio. For reasons known only to them, Tesco are selling a twelve-band world radio – FM, medium wave, long wave, and nine short-wave bands of varying wavelengths and frequencies - for EIGHT POUNDS (or about ELEVEN US DOLLARS). Short wave was not something I used a lot, mainly because you could still listen to the BBC World Service on medium wave in the UK until 2011, and because short-wave radio is more used for foreign-language broadcasts to far-flung areas, for amateur / ham radio, and for time signals used by radio-controlled clocks. 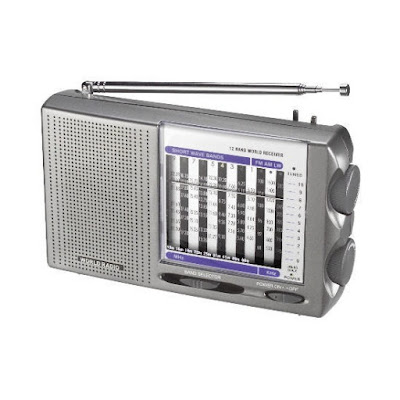 What did I find on short-wave radio? Firstly, between 4.8 and 4.9 MHz, I found what appeared to be a 1980s Casio keyboard playing some random notes – there also noises like a fax machine and dial-up internet, as there appeared to be more than one broadcast in that range. At about 6.0 MHz, I found the first instance of speech, but I could not hear what language it may have been over all the other noise on the signal, until I held on to the aerial with my other hand – moving away from my computer also helped a bit. Various stations were found up to about 6.3 MHz. An American English radio bulletin came up at about 9.9 MHz, and a rather insistent piece of classical music was heard at 11.7 MHz, with various other pieces of speech and music heard between 10 and 12 MHz.


It turns out that, because short-wave radio can cross continents by reflecting signals off the ionosphere – medium wave, FM and higher TV signals usually can only travel in straight lines – there are restrictions caused by when during the day, and year, that reflection is most effective. If you pick up a short-wave radio, you will find most stations located between 5.8-6.2 and 9.4-9.9 MHz, because these frequencies have the least disruption. The many stations I did hear may also all be part of one or two services, as both the BBC World Service and Voice of America broadcast from some transmitters for only one or two hours at a time, in certain languages, on certain days, when the frequency works the best for where it needs to reach. All the Casio noise also turned out to be the signals for my alarm clock, as time signals are usually clustered around 5, 10 and 15 MHz.


However, I don’t know how much more useful my world radio will be, at least where I am. Short-wave broadcasts normally target countries where getting good information is either scarce or vital, like parts of Africa, or Iran or North Korea, which are targets for the BBC and VOA. If you can otherwise use FM, digital radio, or even podcasts, you will. Still, I will keep my battery-operated radio to remain informed if my electricity  supply, or wi-fi, goes out. 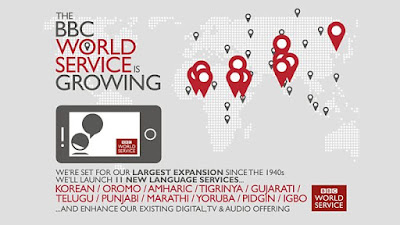