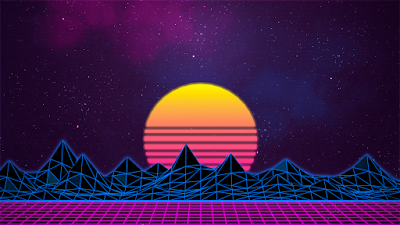 It turns out that, when I was writing about dead shopping malls last week, and about vaporwave music before that, I actually wanted to talk about nostalgia, so I shall. Nostalgia formed the critical base for both subjects, and once I ended a thousand-word discussion on shopping malls by saying I wasn’t sure what lessons to take from them, it wouldn’t be long before someone said it would be nice to read a follow-up as my thoughts about them develop.


That person was my sister Layla, of Richee & Layla at His and Hers Reviews, and they made a podcast [link] reviewing Steven Spielberg’s latest film, an adaptation of Ernest Cline’s novel “Ready Player One.” The film’s story is built around OASIS, a virtual reality environment in which people learn, work and play. This world is constructed out of all the popular culture artefacts you can imagine, and the quest taken in the film is based on finding “Easter eggs” hidden by the world’s creator, inviting people to “like” what he likes.


In the podcast, Layla said that “Ready Player One” will live beyond its time in the cinema because the idea of nostalgia is so big. This is not just historic nostalgia for the 1980s – “Back to the Future,” “The Shining,” Atari computer games, “Doom” and so on – but also the vicarious nostalgia of longing for the past, by living through the past of someone else. In “Ready Player One,” characters are being told that something is nostalgic, and that you must like it because it is nostalgic, “and if you are not nostalgic for it, you are a fucking monster” - my sister also brought up the notion of “ruining your childhood,” if the object of nostalgia is not how you personally remembered it. 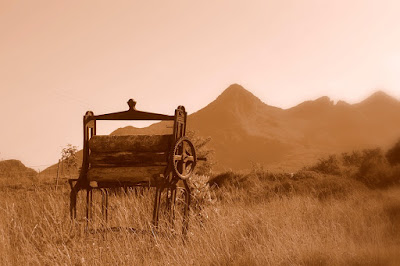 Nostalgia used to be a diagnosable condition, like depression: it was first outlined by Johannes Hofer in 1688, referring to the state of Swiss mercenaries located in less mountainous areas, in France and Italy, than where they came from, and was known as “the Swiss disease,” in the same way that syphilis used to be the disease other countries called their enemies. The word “nostalgia” came from Greek words for “homecoming” and “pain,” and was originally translated into English as “homesickness.” Medical studies of nostalgia had stopped in the 1870s, by which point soldiers in the American Civil War were diagnosed with it. Psychological studies, however, are obviously still ongoing.


The nostalgia I believe was awoken in me by listening to the ghostly echoes of vaporwave, and in walking through an empty shopping mall, are evoked by the same type of memories “Ready Player One” wants to create – memories for when music, film, TV, and architecture were done that way, because things were better then. I talked about the safe spaces that shopping malls create, and vaporwave makes new connections by cutting up the music of the 1980s. However, these subjects are using that nostalgia to criticise the end of the consumer society, which created the conditions in which vaporwave and dead malls now exist. If the good times evoked by nostalgia for 1980s music and shopping malls had been real, I would not have vaporwave, I would not have made a video about a dead mall near where I live, and I would not be writing about it here.


I had not known what lesson to take from looking at dead shopping malls, but I realise that the nostalgia evoked by them, and by vaporwave, is for something that may not have existed but more of a vision that did not happen to me – I was six years old when 1990 came around, so the 1980s remains an interest because it is on the edge of what I can remember. Like any good postmodernist, I am looking for what references I can bring forward and cobble together to give meaning to the present day, but when you are looking at what happened within your own lifetime, you will always pick the good times first. 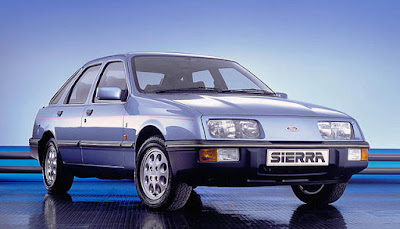