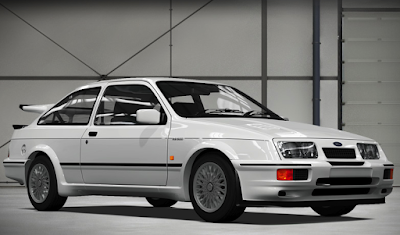 What is in a name? If that name is “Cortina,” enough to make a documentary: in 1982, the BBC broadcast “The Private Life of the Ford Cortina,” not as an episode of “Top Gear,” but as part of the arts series “Arena.” Named after an Italian ski resort, the car was portrayed as having woven itself into the fabric of British life over the previous twenty years, becoming the archetypal British family car and company car, its ascending trim levels equating itself with social status. In styling terms, it was the closest you could get to an American car without importing one.


However, the “Arena” documentary followed an announcement by Ford that Cortina production would end in 1982, to be replaced by a new model based on a futuristic, aerodynamic concept unveiled the previous year. The comedian and writer Alexei Sayle, appearing as a Cockney punter through the programme, lamented the demise of his favourite car like a death in the family, before turning on its successor:


“They’re gonna call it the Sierra, the bloody Sierra. And what does that mean, eh, Sierra? What’s that about, eh? It don’t speak volumes to me, an English person, Sierra. It’s not like Cortina, you know what I mean? They’re doing away our car for some poxy hatchback. Oh I think it’s - I think it’s disgraceful. I’m angry.” 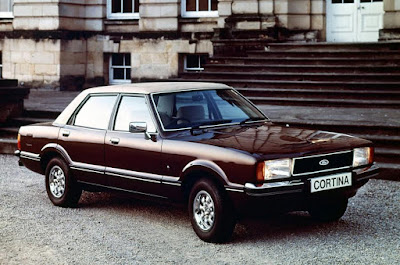 That “poxy hatchback,” named after the Spanish word for a mountain range, was the future of car design, requiring only tweaks over the following eleven years while the rest of the industry redrew its cars from scratch. Although the Sierra remained rear-wheel drive just as front-wheel drive became more common, this helped it to be adapted into high-performance sports models, like the XR4i (also sold in the US as the Merkur XR4Ti), the XR4x4, and the fabled Sierra RS Cosworth – South Africa also had the XR8, with a five-litre V8 engine. My grandfather had a more regular Sierras, and it was as comfortable and dependable as a Ford is should be, with the familiar blue oval badge coming with its own set of expectations.


However, in 1982, the Sierra’s design was proving to be ahead of its time, making it more difficult to form a personal connection in the way others did with a Cortina, unless you owned one of the sportier models. The Sierra proved to be very popular in Germany, where it replaced the lower-selling Taunus, and for the last six years to 1982, the Cortina was a rebadged Taunus. But with the goodwill generated by the “Cortina” name carrying forward in the UK, it was likened to a jelly mould and a spaceship, and the lack of a Sierra saloon option until 1987 meant buyers scared off by the then unconventional design were forced to look at the smaller Ford Orion, or at competitors like the Vauxhall Cavalier – while the Cortina was the UK’s biggest-selling car in each year of the 1970s, the Sierra usually found itself second to the Cavalier or the Ford Escort. 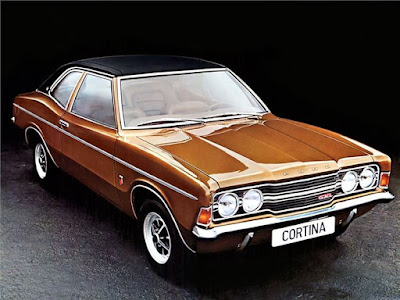 Right now, the name “Mondeo” has been used by Ford longer than “Sierra” and “Cortina” ever were, and if their recent decision to phase out regular cars in the US and Canada, apart from the Mustang and a version of the Focus, in favour of more sports utility vehicles and similar crossover cars, the whole notion of a standard “family car” may already be over. However, the nostalgia over the name “Cortina” can still be found in the UK, and in real numbers – according to howmanyleft.co.uk, 3,520 Cortinas remain registered on British roads, against only 2,642 Sierras. Perhaps, the Sierra is still too close to the cars we have today for nostalgia to kick in and save those that are left. 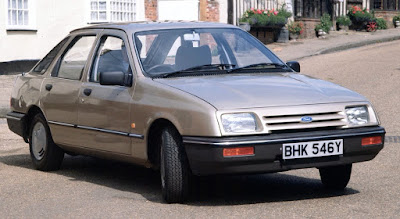