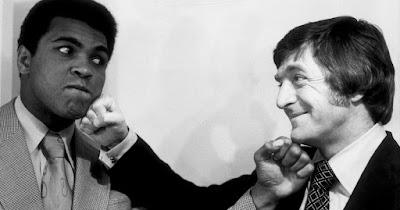 Last week, the “Radio Times” published an article by former TV talk show host Sir Michael Parkinson, calling for UK television to have a US-style chat show for five nights a week. According to him, the only time it was tried was when Channel 5 launched with “The Jack Docherty Show” in 1997. However, research digs up Channel 4’s “V Graham Norton” (2002-03), Norton having first presented a chat show by standing in for Docherty; BBC Three’s “Johnny Vaughan Tonight” (2003), and most recently ITV’s “The Nightly Show” (2017), before you count shows from Paul O’Grady, Alan Titchmarsh and Richard & Judy during daytime hours. Parkinson then suggested Piers Morgan as host, someone who already had his own chat show, on CNN, which was cancelled in 2014 following declining ratings. 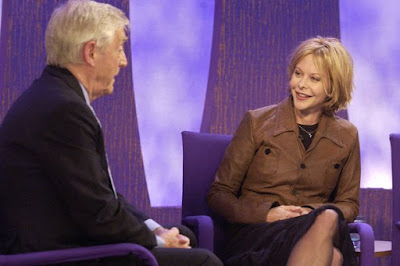 Television isn’t exactly bereft of different ways to have one person interviewing someone else, but the reason I am not a fan of it when presented to me as a chat show is because there is something that feels insincere about them. Rarely would anyone turn up on a chat show because they fancy a chat, and even less if they like the host – it is more likely there is something to tell, or sell, about themselves, or something that involves them. News and current affairs programmes, in search of truth, are more likely to probing of their interviewees than when they are sat on the sofas of Graham Norton and Jonathan Ross’s shows, because they are set up to be more entertaining, which can also be read as less demanding – the one late-night interview show we have in the UK is “Newsnight,” which originally began in 1980 instead of giving more nights to Parkinson’s show. While his article talks of combining showbiz, politics, popular culture and sport in one show, Parkinson could have easily become a presenter of “Newsnight” instead. 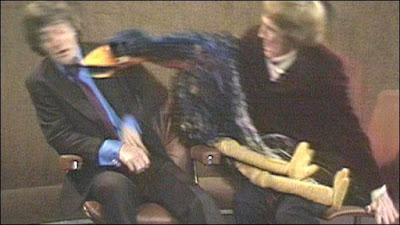 Reading the “Radio Times” article, I don’t get why the effort of putting on a US-style chat show in the UK is being demanded by Parkinson – there is something about it being an important and entertaining fixture, and if it works in the US, it should work here, but the implication is that our own shows don’t work – Parkinson has often criticised other chat show presenters, including Terry Wogan, Graham Norton, Davina McCall and Lily Allen, both for the quality of their shows and the rigour of their interviewing skills, especially with the remark in 2016, “I wouldn't ever say that Terry Wogan's claim to fame was as an interviewer. Not at all.”


I should say that I do watch chat shows from the US on a regular basis, as they upload clips to YouTube, but when I do, they are usually from the first half of the hour, before the guests have come out. The US tradition is to begin with the host’s monologue about the day’s events, supplanting the nightly news bulletin, and follow it with another feature, sketch or a game – Stephen Colbert has built his current reputation on the quality of his monologues about Donald Trump, while James Corden and Jimmy Fallon’s interactions with guests are more memorable when they are framed within rap battles and “Carpool Karaoke.” Add in a musical performance at the end of the show, and US chat shows don’t have a lot to do with chat. 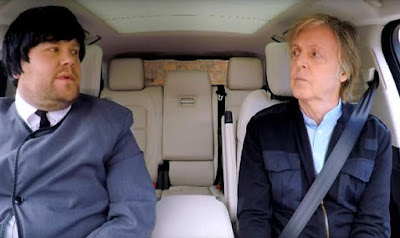 In fact, there is already a show on UK television, in prime time, that has guests from Hollywood and the West End, that have as much factual content and musical performances as the US shows do, and it is “The One Show,” which is just as close to “Blue Peter” – famously, in 2011, presenter Matt Baker asked David Cameron, when he was Prime Minister, “how on Earth do you sleep at night,” because he genuinely, innocently, wanted to know.
Alan Titchmarsh Graham Norton Jack Docherty James Corden Johnny Vaughan jonathan ross Matt Baker Michael Parkinson newsnight Paul O'Grady radio times Stephen Colbert Terry Wogan The One Show