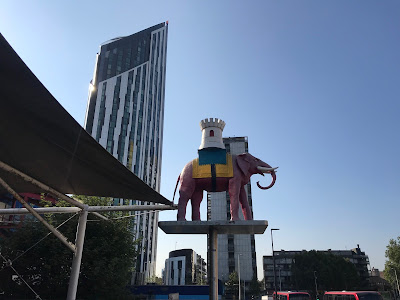 On 3rd July 2018, Southwark Council approved the demolition of the Elephant & Castle Shopping Centre and surrounding buildings, to be replaced by a mix of low-cost apartments, student flats, retail and leisure space. The owners of the site intend to close the centre by 31st March 2019, with its tenants being offered lower rent and help moving to other sites in the meantime. How nice.


I have only visited the Elephant & Castle once before, around twenty years ago, when my brother played ice hockey. We must have parked under the shopping centre, then walked across to the venue, passing through the centre to get supplies. The reputation the Elephant & Castle has gained as being a kind of, well, white elephant probably didn’t make an effect on us at the time, as we lived close to the Tricorn Shopcentre in Portsmouth, a Brutalist concrete construction routinely labelled the worst building in Britain, until it was demolished in 2005, its bazaar of dark corners replaced by a flat car park, ready for a development that will actually get built. 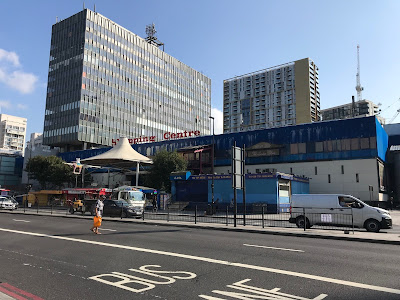 Having already planned a trip to London, and having been reminded of the place, I took the Northern Line to Elephant & Castle, and immediately got lost – the directions up into the centre took me through a platform for the Bakerloo Line, also based under the centre. I can see why Transport for London wants a better Underground station as part of the new development, but they could sort the directions of some arrows first.


Approaching the entrance to the Elephant & Castle, I got the video camera on my phone ready, for I was expecting a dead shopping mall – the building has been characterised as having been run into the ground since it opened in 1965, as one of the first shopping malls in the UK. The documents published by Southwark Council on the day of its decision noted this was a concern found during the public consultation, although the neglect was perceived as deliberate, due to the centre having been a target for redevelopment opportunities for years. Therefore, I was expecting some sort of carnage. I walked in, and after a few seconds, I put my phone away...


The place was fine. 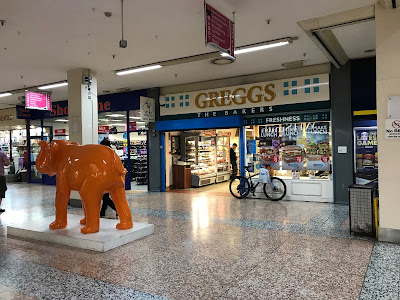 In fact, the Elephant & Castle was clean, if a little dark, and while there were empty shop spaces, there was an entire High Street inside, including a Tesco, WH Smith, Boots, Lloyds Bank, Greggs, Clarks Shoes, Peacocks, Poundland, Shoe Zone, and many other independent fashion and food stores contributing to the heady aroma that hits you when you walk inside – I was expecting the stench of damp and mould, and there was none.


There are two other tell-tale signs I have picked up from other dead shopping malls: while the escalators to the top floor were not switched on when I walked in (at 9.45am on a Friday morning), I put this down to the bingo hall and bowling alley not yet having opened – either that, or people were using the stairs. Meanwhile, the vending machines worked, selling Diet Coke for less than I expected. Along with the multicoloured fibreglass elephants dotted about the place, I approve. (The elephant statue outside the entrance, rescued from the pub that gave its name to the area, used to be located inside.) 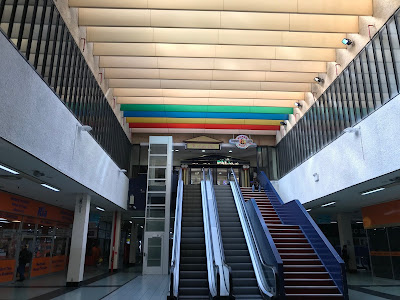 You can see that more expensive shops may have been there before – there certainly was a H. Samuel jeweller at one point – but the uncertainty over the centre's future perhaps restricts bigger brands that want more certainty. Another bank, Santander, announced plans to close its branch, mainly due to most of its customers also using alternative places, but it produced a leaflet explaining how it is going to support the community ahead of this change.


That is what the closure of Elephant & Castle feels like – it is a community centre that is formed out of its shops, away from the intention of being merely a retail experience. The new development – it is led by Delancey, which built the 2012 Olympic athletes’ village - has to give first refusal to a bingo hall operator, regardless of how modern the area will look, but the bowling alley is less important. A £634,000 fund has been created to help independent retailers move out, but Tesco, which has been there almost since day one in 1965, will have to sort itself out. 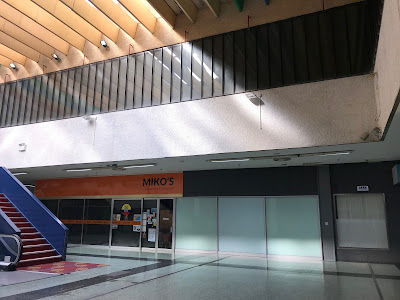 The documents supplied by Southwark Council on 3rd July, available on their website, are exhaustive, detailing over their 250 pages how every single possible consideration, when a building project is proposed, needs an answer, from dust and vibration during the building work, to consideration of heritage sites, archaeology, effects on various sectors of the population, and in answering the concerns of all those that answered their consultation. From reading it, I guess the case for demolishing Elephant & Castle has been made, for progress has to be made, and with the centre sticking out among more modern buildings, time has finally run out... 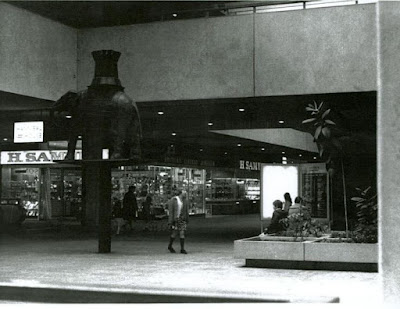 Like hell it has: the decision to demolish is still subject to legal agreements being drawn up, and Historic England has to consider both an application to have the centre listed, which didn’t work for the Coronet theatre, and an application from Delancey to prevent it from being listed. This story is not over, not least after reading this quote from Fiona Colley, a Southwark council cabinet member for regeneration, which described Elephant & Castle as the “final piece in the jigsaw for regeneration.” She continued:


“As the options for refurbishment were developed further we were less and less happy with how the scheme would fit in with the rest of the area’s high-quality designs. The council has now rejected the earlier options to retain some parts of the original building and insist on full demolition.”


Leaving the Elephant & Castle, I got the feeling that, with a centre that already has the available space to do something good, or could be renovated, it sounds like anyone who wanted it demolished had talked themselves into doing it. The centre was part of the project to rebuild London after the Second World War and, apparently, that will never end – it’s either a case of make do or mend, or if it ain’t broke, break it. 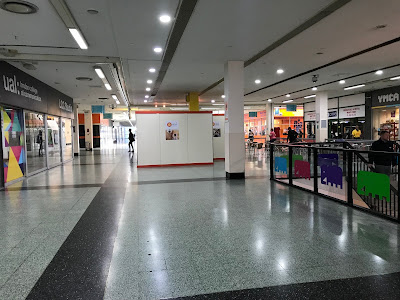