AND BUTTERFLIES ARE FREE TO FLY [132] 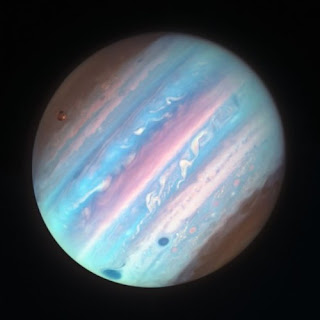 ...aaand time’s up. At noon today (Monday 22nd October), the UK Government’s consultation on reform to the 2004 Gender Recognition Act ended – it was meant to end at 11pm the previous Friday, but a last-minute minute flurry of responses crashed the online portal – it had been open since 3rd July. I answered its questions two weeks ago, later than I really should have, but with the discourse, or argument, over transgender rights having become what they have over the last year in the UK, I would be doing a disservice to myself not to say something.


The proposed reform to the Act will update the process by which transgender people can apply for a Gender Recognition Certificate, so their correct gender can be recognised in law. I don’t have any irons in that part of the fire anymore – in fact, this week will mark one year since I received my certificate. The first thing I did with it was to update work, then obtain an updated birth certificate – the system for this is run, oddly enough, by the UK Passport Office.


The Government wants to make applying for a Gender Recognition Certificate a self-declaration process, already in place in the Republic of Ireland, Malta, Norway, Denmark, Belgium and Portugal – the Irish application form is four pages long, not unlike applying for a passport. The current British form, meanwhile, has sixteen pages, and has a twenty-four-page guide on how to fill it in. When you send it away, you must also send two medical reports - one from a gender specialist confirming a diagnosis of gender dysphoria, and another from your GP – a statutory declaration, signed by a solicitor, confirming I will continue living in my gender, and at least five types of document that prove you have been living in your gender for at least two years. I ended up sending practically everything I had, to avoid any doubt. The cost of making the application is £140 – once you add in the costs of acquiring medical reports, photocopying, special delivery for all your valuable documents, and finally getting your updated birth certificate, I spent nearly £200.


There has to be a better way. In my reply to the consultation, I said that all you needed was to supply the evidence that you were living in your correct gender, and that the two-year timeframe could be too inflexible. As it turns out, all that is needed in Ireland is the statutory declaration, which is pages 3 and 4 of their form. In both cases, there is a statement of intent: you won’t be doing this more than once. The hoops I had to jump through, under the “old” system, meant that I, and the approximately five thousand other transgender people that had to jump through those hoops since 2005, earned their right to feel happy in themselves, and would rather not have had to jump so many times.


I have heard too many arguments recently that trans self-identification will mean that men can use it to access women’s spaces inappropriately, as if the Gender Recognition Act, and the Equality Act, didn’t already make provisions for situations like this. The consultation asked many questions on whether I think there is a potential impact on everything from women’s refuges, the armed forces and public services, to sport, insurance and religious marriage. I found myself saying that these provisions can stay as they are, because they all require any issues to be dealt with by communication, and consideration, by adults. Someone can be questioned for unfairly providing access to a service, as much as unfairly denying access, whether that is to a transgender person or not. However, I did say that religious marriage cannot be stopped if it is found that one person in the couple has a Gender Recognition Certificate – I only found out that was a thing when I read the question.


The consultation has been taken by some as a referendum on transgender people, as if everything is to play for. Advertisements stating “Woman: Noun, Adult Human Female” have been taken down because of why they were placed, and not because of what they said. As a transgender woman, I could be accused of being a man infiltrating womanhood, of redefining what it is to be a woman, of reducing being a woman to being a feeling, of confirming the dominance of the patriarchy. Even worse, I could be told I am mentally ill, that I don’t know what I am, that people like me don’t really exist. All I can possibly know, in my experience, is this: when I realised what I was all along, why did my life become so much easier to understand?


The consultation is over, and the law-making must begin. I am not going anywhere.


[Update: “The New York Times” is reporting that the Trump is trying to redefine gender as being defined by genitalia at birth, stripping transgender people of the rights they have under the law. Firstly, that won’t happen – too many Americans will have too much to lose, and too many Americans are good people to allow it to happen. Secondly, what is the point of the word “sex” if you are planning to do that?]
Posted by Leigh Spence at 02:32