Watching YouTube involves a lot of understanding. You understand that the people creating the videos are most often people at home, who have turned a passion into a paying job. You understand that, to earn a living from their passion, they need to advertise, seek sponsorship, and offer subscriptions for more content. You understand the advertisements you see are what pays for your ability to watch the videos, and what contributes to the creators’ income. You understand that Google, YouTube’s owner, will take the information generated by your having watched the videos to target you with the ads that will attract your interest the most, to ensure you continue watching.


With the videos I watch on YouTube – usually lots of comedy and factual pieces, film and technology reviews, documentaries, and monologues from Stephen Colbert – you will often come across introductions saying, “this video is sponsored by Squarespace,” and will end with something explaining how the creator of the video has been taking a course on Squarespace to improve their editing skills, or something like that, and you can do the same when you sign up using the discount code that sounds a bit like the channel name. 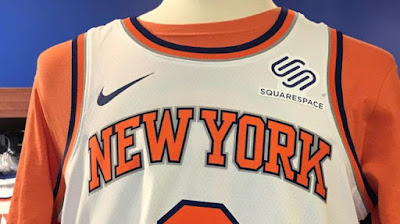 What I didn’t realise is that Squarespace, much like Google, aims to be the complete package. It was founded in 2003 by Anthony Casalena as a website builder, allowing users to create their own sites using drag-and-drop templates, without a need to know complex HTML code. Later, e-commerce functions were added, and online tutorials and classes appeared to give users greater ability to fulfil their online business. Even the name “Squarespace” gives it a more collegiate atmosphere than Google, even though both sites were founded out of college dorm rooms – just what is it about college dorm rooms?


I can see why the barrage of Squarespace ads may line up with the videos I watch – Google knows I run a website, and I write weekly articles on it, so it may be trying to be helpful. The same videos may also be sponsored by Amazon’s audiobook shop Audible, or various internet security services, and I can see why Google may not prioritise those ads. But this is it – Google knows I run a website because Google hosts it – why would they recommend someone else? Do they realise what they are doing or, at least, do their algorithms know? Should I try watching other types of videos to throw them off their scent, or should I start subscribing to YouTube’s premium service to get rid of the ads altogether? That would be very cynical indeed. Perhaps, by posting this article online, some algorithm somewhere might get the point? 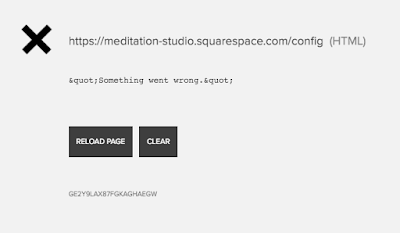