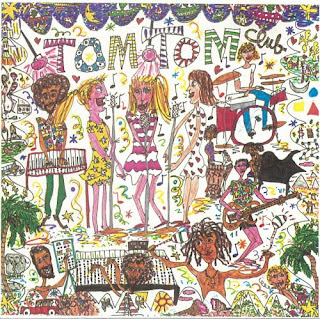 With almost no exception, these articles use song lyrics for a title. There are three reasons for this: it provides a moment of recognition before I plough into dry subject matter; it fulfils the need for a title; and it may come up online when someone is searching online for those very lyrics. The first reason relies on the lyrics remaining in their original context, while the second requires them to stand on its own, and the last simply needs those particular words to be in that particular order.


This time, the lyrics created the article. Tom Tom Club is a new wave band, formed by husband and wife Tina Weymouth and Chris Frantz, also members of Talking Heads. Their first self-titled album, released in 1981, led to two very different single releases: “Genius of Love,” more like of a traditional love song, while serving as a tribute to singers like Smokey Robinson, Bob Marley and James Brown; and “Wordy Rappinghood,” a torrent of words and ideas more along the lines of early rap records. The music of both songs has been sampled in kind by the likes of Public Enemy, Ice Cube, Busta Rhymes, Grandmaster Flash and the Furious Five, Mariah Carey, The Gossip, The Ones and George Michael, but the lyrics of the original “Wordy Rappinghood” knocked me over. 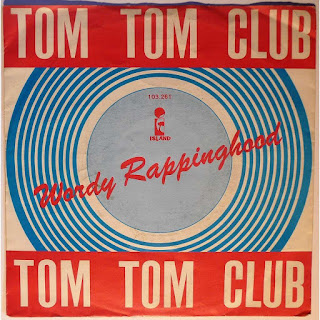 Not many songs, and not many people, call the use of words into question, and that is when you wish it happened more often. I’m not about to break down the meaning of the lyrics here, but their effect on me was to break down how I understand the use of words, even beyond their inherent meaning: “Concrete words, abstract words / Crazy words and lying words / Hazy words and dying words / Words of faith and tell me straight.”


I always hope to create some meaning here, some factual information, a bit of informed judgement, a constructed article at least once a week. You then see people charging words with particular meaning, then applying them like a spray into people’s eyes - yes, Donald Trump, the original Don Backslide, I am talking about you. At the same time, words are cheap, words are plentiful, and words can be made to look like articles, which are supposed to be meaningful in themselves – it doesn’t matter if it has to mean anything, especially if it only has to be a diversion.


That doesn’t feel good enough somehow. With the breakdown of meaning being decried in the media, and those words themselves being decried as “fake news,” this is something I need to explore, before these words turn even further into gibberish.


“Rap it up for the common good / Let us enlist the neighbourhood.”
Posted by Leigh Spence at 22:42