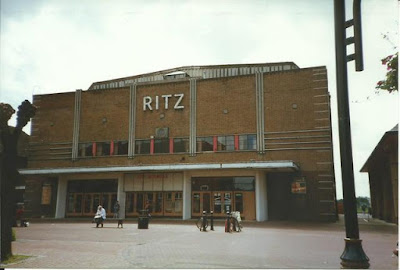 My home town of Gosport, Hampshire has been in demand recently as a filming location: its 17th Century Village attraction was used for a recent episode of “Doctor Who;” some of the science fiction horror film “It Lives,” also known as “Twenty Twenty-Four,” was filmed at the Royal Naval Submarine Museum, while the Cold War submarine HMS Alliance, based at the museum, was used in “Transformers: The Last Knight.” Reports included pictures people took of themselves with Jodie Whittaker, Sir Antony Hopkins, Mark Wahlberg, and Bumblebee...


What was not picked up in this reporting is how Gosport has no cinema. 11th April 2019 will mark twenty years since its last cinema, the Ritz, showed its final film, “LA Confidential.” Rescue attempts came and went, and the Ritz was demolished in August 2001. I began my degree in Film Studies the following month. How can someone like me, steeped in the history of film, come from a town with no cinema. 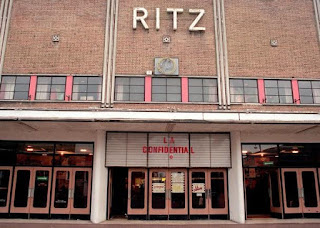 The Ritz had only ten years to make its mark on me. The first film I remember seeing was seen there, and it was “Who Framed Roger Rabbit?” in 1988. Five years later, I joined people queuing around the block to see “Jurassic Park”, and its sequel four years later. I saw “Titanic” there with my mother’s mother, who once worked there, and had an ice cream during the intermission that had, thankfully, been preserved by the cinema – we rejoined at the scene where the ship hit the iceberg. The final film I saw there, in 1997, was “Starship Troopers,” which made very good use of the sound system, as “Independence Day” and “Batman & Robin” had previously done.


With every single visit, overtures of film soundtrack music played as you found your seat, up to when the curtain opened – the Ritz promised you a special experience every time you visited, even if your film was to be prefaced with the same animated fairground advert for Cadbury’s Chrunchie bar every time, which they just about did. The Ritz also once accidentally ran the title of their matinee and evening performances together above the front door, creating “The Fox and the Hound Die Hard With a Vengeance.” 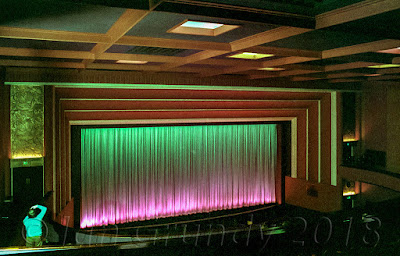 This period of time charted the evolution of blockbuster films into “tentpole” productions, as studios banked more money, and their success, on fewer key films. The first multiplex cinema opened in the UK in 1985, supplanting the single screen picture palace found in town centres. However, the Ritz, which seated around 1,200 people in its stalls and balcony, promoted itself as the biggest single screen on the South Coast, approaching the 48-foot screen found at the Odeon Leicester Square. The cinema could have been converted into two screens, across the balcony, and a dividing wall could have made it four, but by the time that sort of thing was considered, you could already get that experience out of town.


This is all right me saying this now, but I was still only fourteen years old when I saw “Starship Troopers” – the films were big, the sound was loud, and to this day, I have never sat before a bigger screen. It is difficult for that sort of experience to not have an effect on you, and for it to be so accessible – within half an hour’s walk from my house – I have been spoiled for every cinema experience I’ve had since, with every single visit to every single multiplex having been judged against it. I may have to move closer to Leicester Square. 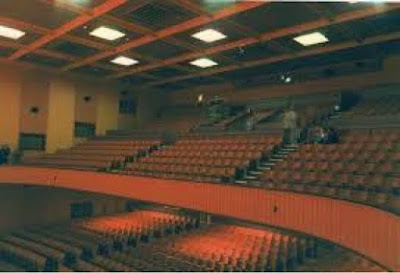 However, my experience at the Ritz is tempered by how it became more and more run down over time. If it was ever renovated, it was before 1982, and the red carpets were sticky. The toilets were one level below the public toilets found outside, and if a seat was broken, it was removed, and never replaced. Some of the remaining seats felt like the foam had to be bolstered with cardboard, because they were. Eventually, the balcony closed. For this decline to happen, there had to be a chance of replacing the cinema altogether, and indeed there was.


For me, the only cinema in Gosport has been the Ritz, but when it opened on 11th March 1935 - with a showing of the MGM film “What Every Woman Knows” (based on the play by J.M. Barrie – yes, that one) - it was competing with three other cinemas: the Gosport Theatre in the High Street, the Olympia Picture House in Stoke Road, and the Criterion Cinema in Forton Road. All of these were opened between 1910 and 1912, when films only reached one or two reels in length, but were now shown in places with more comfortable seats than the old nickelodeons. Both the Gosport Theatre and the Olympia closed in 1938, but another new cinema, the Forum, opened just across from the Olympia in the following year. So, when the Ritz was bombed on 10th January 1941, there was no great clamour to reopen it straight away, as audiences went elsewhere. 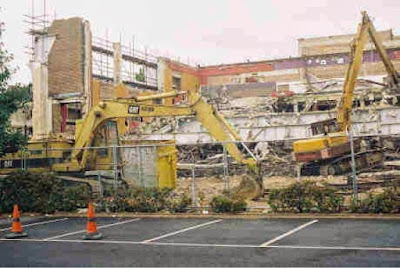 When the Ritz reopened in 1958, trading its original restaurant for a Cinemascope screen (but kept the bar open), the success of television, which reached the South of England in 1954, ultimately closed the Forum, making way for a car showroom and petrol station, before being demolished to make way for a supermarket. The Criterion also closed in 1968, but remains open to this day as a bingo hall. Even when it stood alone, the Ritz closed for a time between 1982 and 1985, around the point when home video caused cinema audiences in the UK to reach an all-time low, and was sold to Gosport Borough Council, which later leased it to new operators. Applications were made to the council in 1991 and 1998 to replace the building with a new five-screen multiplex – the last of these was approved, but never built. When the Ritz was demolished, the application to build there was made by another supermarket, with a Job Centre built next door.


Today, the only cinema of any sort in Gosport is “The Ritz Cinema @ St Vincent,” a volunteer-run effort based out of a sixth-form college, running fortnightly screenings of recent films. The last attempt to open a permanent cinema was a rejected 2004-05 plan to convert a slaughterhouse in a former Royal Navy yard – yes, I did type that. The Ritz cinema is an experience not really done anymore, but here is the thing with that: from the all-time low of 1984, the number of admissions to UK cinemas in 2018 are around twenty per cent more than in 1999, reaching levels not seen since the early 1970s. People want to have an experience, and it may be time for someone to build a big, red, opulent picture palace once again, and if I ever win the lottery, I know just where I’ll build mine. 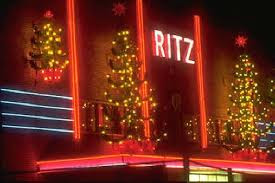