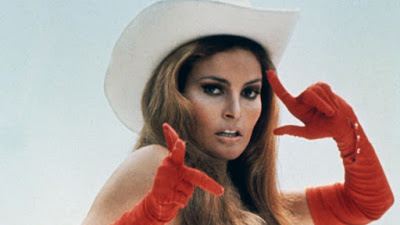 Last time, I vowed to enter Hollywood to sort out the film “Myra Breckinridge,” which I described as the worst film ever made.
I will admit I don’t take my cache as a film critic, of any description, that seriously – I am not Mark Kermode trying to rehabilitate “The Exorcist” here – but there are two ways to create something good from the wreckage of “Myra Breckinridge”: mount a new adaptation of Gore Vidal’s novel, or go back in time and change the original film.
As interesting as it could be, a new adaptation, in my opinion, will not work: the novel is a satire of a particular moment in Hollywood at the end of the 1960s, its Classical period now over, and the people in charge having been overturned. You could set a remake in its original time period, but you would have to drill the historical context into the audience before expecting them to laugh.
You could try to set it in the present day, with Myra exclaiming about “star quality” in an era where everyone is an open book, and how the franchise-driven Hollywood should return to when it made films like “Easy Rider” and “Beyond the Valley of the Dolls”. Moreover, a plot that uses rape as a corrective will not fly these days, and a man becoming a woman so they can conquer the sexes won’t make it through the rewrites – you may as well write a different story altogether.
So yes, going back in time to correct the original “Myra Breckinridge” may be the more feasible option here, in an attempt to correct the decisions that made the film turn out the way it did. The simplest choice is to eliminate the two people that caused the most rancour on set: director and co-writer Michael Sarne, and star Mae West.
Sarne’s treatment of the story, constant rewrites during the shoot, and his encouragement of bickering between the cast, produced the film we have. The original director was to have been Bud Yorkin, best known as a producer of TV sitcoms like “All in the Family” and “Sanford and Son,” and later of the two “Blade Runner” films, and was replaced with Sarne, originally hired only to re-write the script, but after having directed the “swinging London” film “Joanna,” because it was thought Yorkin would have been too conservative in his direction – his later career would prove otherwise. Not having Sarne write the script would give previous drafts by David Giler, and Gore Vidal, another chance. Thinking about it, if Yorkin turned out not to be available anymore, George Cukor, another name once attached to the film, would have been the perfect director – rather than splice in pieces of Classical Hollywood films to enhance your own film, just get the director of “The Philadelphia Story,” the original “A Star is Born,” and “My Fair Lady” to direct the whole thing.
Why have no Mae West? Her contract to appear in the film was unnecessarily restrictive, requiring her to have two full-scale musical numbers in a film where she plays a talent agent, and having refusal on not only the costumes she wore, but also those of Raquel Welch, the actor playing the lead. One of Welch’s costumes was confiscated by Welch because it was black and white, reasoning only she could wear monochrome clothes. Welch, who later said she couldn’t work out if West herself was a man or not, was having none of it, and stole it back. One costume Welch wore appears as white on camera, but had to be died very light blue, in order to placate West – they both appear in the same scene, but Welch is speaking to a body double.
The most major change I would make would appear on screen. Both Raquel Welch and John Huston wanted to appear in “Myra Breckinridge,” and this shows in their performances, but Welch actively lobbied for her role, even before having read the script – there might have not even been a script to read at that point. She did so in the belief that she would be playing both Myra and Myron, her original male self. However, the male role was given to the film critic Rex Reed, who was promised his character was presented through the conceit of a dream, and would have approval over his sections of the script, therefore changing how the story will be told.
When “Myra Breckinridge” bombed both in reviews and at the box office, sales of the novel dwindled very quickly. Ironically, the film critic Parker Tyler, whose work was appropriated by Myra, including the memorable assertion that no insignificant film was made in Hollywood between 1935 and 1945, saw his work come back into print as a result. Gore Vidal restored to his own sequel, “Myron,” published in 1975, where Myra enters a film that Myron was watching on television, in a plot likened by the poet Thom Gunn, and used by Vidal in the collected edition of both books I have, as an “Alice Through the Looking Glass” to the original novel’s “Alice in Wonderland.” This time, Myra and Myron talk of themselves as different people, each one a parasite for the other. I’m not a fan of this, but I haven’t properly read it yet either.
I fear I may have Myra Breckinridge on my back for a while, continuing to make sense of her, but I need to write about something else. Both the novel and its sequel are set out in a diary format, using a three-hundred-page ledger, as Myra’s psychiatrist advises her to keep a journal of her thoughts - in the sequel, this becomes how one person knows what the other is doing. Meanwhile, I began 2019 with a ledger of similar size, and I must be expecting something sizeable to happen to me, as I have only reached page 18 so far.
Read the books if you can, and only watch the film for Raquel Welch and John Huston.