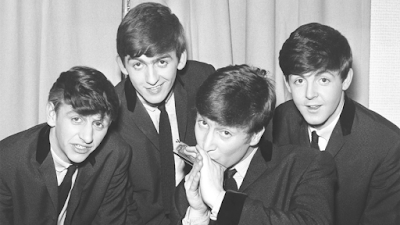 These days, if a harmonica is ever heard in a new pop song, it is mainly because Stevie Wonder is involved, but with the way he plays it, you always know it’s him. However, as synonymous with them as he is, no Wonder-branded harmonica has been offered for sale by Hohner, the leading maker of the instrument, which have produced harmonicas using the names of Bob Dylan, Toots Thielemans (who performed the title songs of both “Midnight Cowboy” and “Sesame Street”) and Larry Adler (who did the same for the film “Genevieve”). That covers the harmonica players most people can name, apart from one.


When I found out that Hohner make John Lennon harmonicas, I was surprised. Wasn’t this the same John Lennon who stopped using one in The Beatles because he said it became too much of a gimmick? The ability to add an extra layer to your band’s sound without employing an extra member, unlike with a keyboard or saxophone, must have been a significant benefit from the start - Lennon’s uncle had taught him to play the harmonica as a child, and producer George Martin was partial to the sound of the instrument. However, no Beatles song after 1964 featured one prominently, and only sixteen of their songs use one at all, but it didn’t stop Hohner licensing the band’s image to package their harmonicas at the time – no reference to the band was mentioned on the instrument themselves, just on what they came in. 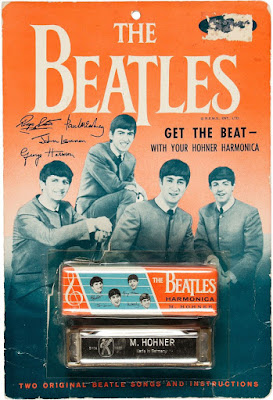 The inclusion of a harmonica in “Love Me Do,” influenced by the pop charts while the song was being recorded in 1962 - particularly “Hey Baby” by Bruce Channel, and Frank Ifield’s “I Remember You” – led to a total of four songs on the “Please Please Me” album featuring one, the others being the title track, “Chains,” and “There’s a Place.” Harmonicas also featured on “Little Child” from the “With the Beatles” album, the single-only release “Can’t Buy Me Love,” and B-sides “I’ll Get You” and “Thank You Girl.” The Beatles will also use one when performing the songs “Clarabella” and “Got to Find My Baby” on BBC radio.


In all these cases, The Beatles are essentially recording their songs as if they were playing them live – this would have been especially true on the BBC performances, and on the “Please Please Me” album, most of which was famously recorded in a single day. With only twin-track tape recording available, enough to make a stereo version of your performance, any augmentation of the band’s sound will have to be made at the same time. However, from 1963’s “I Want to Hold Your Hand,” and from “A Hard Day’s Night” onwards, four-track recording allowed the band to build their sound in different ways, overdubbing voices and guitars, instead of using other instruments.


Only two songs recorded in 1964 will use harmonica: “I Should Have Known Better,” from “A Hard Day’s Night,” and “I’m a Loser” from “Beatles for Sale,” the “gimmick” having run its course. It is interesting that Bob Dylan is cited as an influence in the writing of “I Should Have Known Better,” but this was for how Dylan’s lyrics inspired a more meaningful and thoughtful direction, but the increasing use of harmonica in what was still being termed as folk music probably also caused the band to drop it themselves – the fact that John Lennon broke into laughter while recording Take 2 of the song couldn’t have helped either.


The last four Beatles songs that use harmonica would not come until 1967, by which point the band had stopped touring, and their main instrument became the studio. With their palette of overdubbing sounds, eventually increasing from four to eight tracks at a time, led to the arrangements for “Being for the Benefit of Mr. Kite,” “Rocky Raccoon, “All Together Now,” and the up-down-up-down bass of “Fool on the Hill” being supported by a very familiar hum amongst the sitars, piccolo trumpets and strings.


The Hohner signature harmonica collection also includes Steven Tyler and Ozzy Osbourne – I must have missed all their songs that used one. 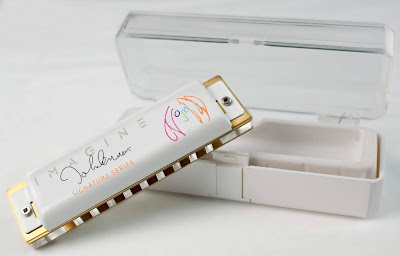