The main reason most people still require mathematics is when they deal with money, and hearing people express dismay about what were, at the time, massive changes to how they needed their minds to work, is rather odd indeed.


I have now listened twice to a radio documentary titled “Decimal Day - What’s That in Old Money?” Broadcast by the BBC as part of the “Archive on 4” strand, it takes a brisk walk through the process that replaced the old Pound Sterling – the one counted in shillings and pence – with a new decimal currency, climaxing on 15th February 1971. Amongst all the talk of what the new money should be called, and how attached people were to the old sixpence coin, I took from it the concern that people were having to change the way they counted. 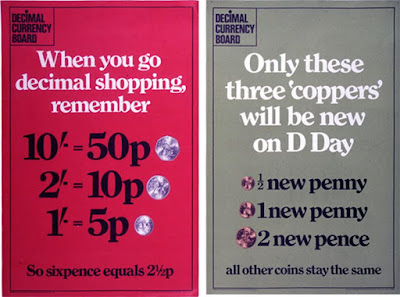 Used in Britain since the 8th century, one pound was divided a very large number of ways: twenty shillings made a pound, and twelve pence (still using the Roman “d” for denarii) made a shilling, meaning 240 pennies made a pound. Forty sixpences, or “tanners,” made a pound, as did eighty threepenny bits. Eight half-crown coins, valued at two shillings and sixpence (written 2/6), made a pound. There hadn’t been a guinea coin for well over a century, but the term was still used to denote one pound and one shilling. There had been one sop to progress in 1849 with the florin, with “one tenth of a pound” written across it, but this later became just “two shillings.”


However, decimalised currency, was used in most of Europe for over a hundred years by 1971, and for nearly two hundred years in France. Instead of changing from counting in mathematical base 12 in pennies, to base 20 for shillings, along with all the various jumps needed for other coins, it would be far easier to count in just one base, from one to ten, especially for anyone outside the UK. Indeed, one way to replicate how old money was counted is to count through the list of prime numbers – finding a number only divisible by itself and 1 requires full use of your times tables. 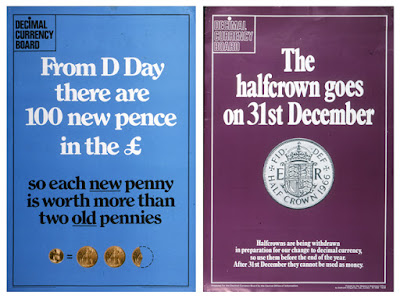 As the documentary points out, the opposition to decimalisation shifted from practical to emotional as Decimal Day was reached – the sixpence was given a reprieve, having been referenced in so much popular culture, and was revalued at 2 1/2 new pence until 1980, when it was finally withdrawn. One- and two-shilling pieces continued to be used until 1990 and 1993 respectively, only because the replacement five and ten pence coins were made the same size, and were only withdrawn when they were made smaller – the current five pence piece is closest we have to the old sixpence. 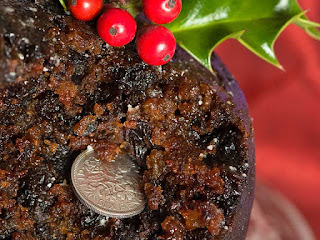 Something I hadn’t known about was there had been discussion on what one hundred pennies would have equalled. In some former British colonies that used the old currency, like Australia, New Zealand and South Africa, the decision was taken for one hundred new cents to equal ten old shillings, so one old pound equalled two new dollars or rand. The new British pound could have gone the same way, but the eventual decision was for it to equal one hundred pence instead. Half-pennies, originally removed in 1969, were reintroduced to sub-divide a pound into two hundred units, not unlike the other countries, and not far from the old total of 240.


A sixpence could have equalled 5p, but because it now equalled 2 1/2p, it was just that little bit more to calculate, a tiny amount of hesitancy. No wonder it was easy for some unscrupulous people to take the “d” in the price and make it “p”, from 5 d to 5p, more than doubling the actual price. Decimalisation is sometimes blamed for the high inflation experienced in the decade that followed, peaking at 25% in 1975, but increasing the supply of money had more to do with that.


This all feels a bit quaint now. Sooner or later, as more and more transactions take place by card or online, and with the price of a bar of chocolate approaching £1, we won’t be talking about pounds and pence – what comes after the decimal point doesn’t matter as much as it once did. 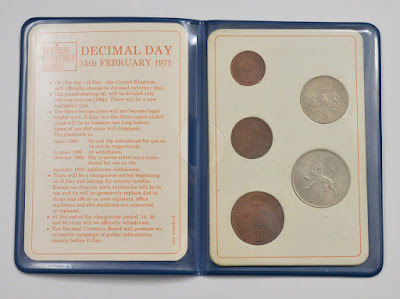