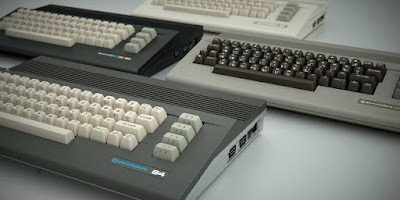 Ever had a computer blow up in your lap?


Over a year ago, I bought a BBC Micro computer, my existing one having stopped working. Connecting it up, a milky white picture slowly appeared on screen, with a “Ready” prompt. Before I could write 10 PRINT “HELLO”, there was the sound of firecrackers, as the capacitors in the power supply let go: instead of temporarily storing electricity, the electrolytic material in the capacitors burned up, unleashing an awful smell that was only cleared by opening up all the doors and windows in the house.


I have not tried to buy another BBC Micro since, as the price of the remaining working examples increase over time - the time and effort to replace failing parts is beyond both my resources and patience. You can emulate this computer, and many older 8-bit and 16-bit computers, through software, which somewhat reproduces the original experience – this is also what runs the current spate of mini game consoles, replicating the Nintendo NES and SNES, the Sony PlayStation and Neo Geo. However, opening my copy of the BeebEM software, as a window on my PC, does not have the desired effect – what you see and hear is essentially an approximation of the original, the rest of Windows 10 continues around it, and my keyboard is far better than what you could buy over thirty years ago. Is it possible to recreate an 8-bit computer that is reliable as we expect our tablets and phones to be today?


Enter the Commodore 64, the Ford Model T of computers, introduced in 1982. Over seventeen million of these were made between 1982 and 1994, production only ending when Commodore, outpaced by the latest PCs and games consoles, went out of business. It had many business and home applications, but is mainly remembered today as a games machine – The 64 Mini, in the same class as the NES Classic, is sold as a games console, emulated through software, with the ability to write BASIC programmes as an extra. I wouldn’t mind one of these, because its sound chip is highly prized, and is used in current music productions. 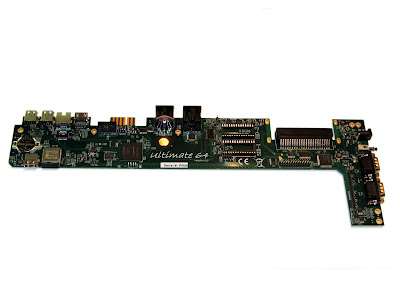 However, just as you expect with classic cars, you can buy new parts for old computers: you can buy SD card drives for a Commodore 64, new games cartridges, new power supplies, and even replacement chips, all serviced by a hardcore band of enthusiasts. Access to the original chip designs and specifications is made possible by Cloanto, and e-business and e-commerce company that bought the intellectual property to them, and sells their own software emulation for the 16-bit Amiga line of computers.


From this, and through the ability to have chips and circuit boards made to small order sizes and lower costs, products like the Ultimate 64 motherboard have appeared, recreating the original machine using new components, while adding USB and SD card inputs. The mouldings for the computer cases have been bought, and replacement cases are available in many colours. New keyboards are also available, using better, clickier switches. In fact, once someone finds a way of effectively reproducing the keys, screen-printing all the specific graphical symbols onto them, it will be possible to produce a new Commodore 64 using entirely new parts.


I have always assumed you could produce an entirely new Morris Minor from new parts, but the level of support for the Commodore 64, twenty-five years since it ended production, has resulted in the ability to create a new version that is works as well as the original, while being more reliable and longer-lasting, and using fewer parts. This is made possible by, instead of approximating an experience using software, programming a type of chip named a Field-Programmable Gate Array (FPGA), which is made with transistors that can be assigned uses after they have been made. While these type of chips have been around as long as the Commodore 64, the millions of transistors that each chip can now provide, at lisle cost, enough space to recreate a simpler system in its entirety – another company, Analogue, produces new versions of classic games consoles, such as the Mega SG (which plays Sega Mega Drive / Genesis games), that look, sound and work exactly as originally intended, because no guesswork was required. My hope for a new BBC Micro is for someone to use a FPGA chip there too – there will certainly be fewer capacitors to blow up. 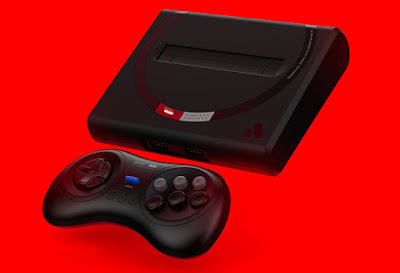