After I bemoaned the reduction of comic books to R&D for blockbuster film franchises, I felt I should share some of the comics I like the most. This is not a definitive list of what I personally believe are the greatest books ever created, but rather a list of books that, if I wanted something to read, I would gladly pick them up again and again. 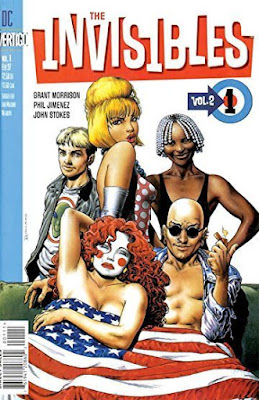 1) The Invisibles (1994-2000): This is the kind of book you want to come across in a library: a teenager joins a cell of freedom fighters that use magic, meditation and time travel as much as their fists, because their enemies also use psychic violence. “The Invisibles” is an exhilarating, psychedelic, existentialist odyssey, flinging new ideas all over the place, in the vein of William Burroughs, waiting for you to keep up. It made the name of Grant Morrison, its Glasgow-based writer, who adopted the bald head and clothing of “Invisibles” character King Mob, as the writing of the book changed his life through the chaos magic he practised in real life. Later series “The Filth” acts as a comparison series, but any Morrison book is well worth the trip. 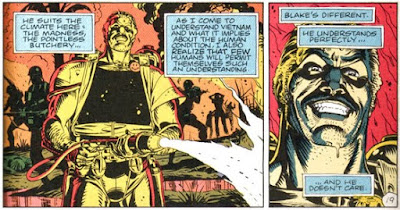 2) Watchmen (1986-87): The presence of superheroes would leave our world changed, so the grim, alternative history of “Watchmen” is the antithesis to the primary-coloured hope of Superman, a world that would outlaw the heroes that once saved it. This is a series of introspection, of angst, of fear, and of nostalgia. In its collected form, Alan Moore & Dave Gibbons’ book legitimised the graphic novel as a literary art form in the US, before manga asked someone to hold their beer. DC Comics have since made “Watchmen” part of the same world as Superman, Batman and so on... no, just no. 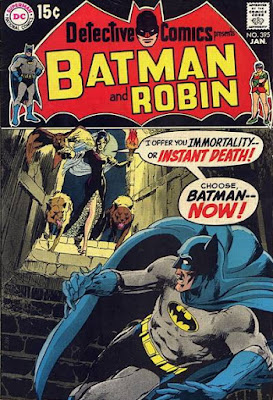 3) Any Batman book published between about 1970 and 1985: The “Bronze Age” of comic books is when stories and characters became more socially aware, but not self-aware – as hailed as works like “Batman: The Dark Knight Returns” and “Crisis on Infinite Works” might be, they are predicated on upturning the myths of their heroes, or doing some housekeeping with the continuity of your universe, “everything old is new again” and so on. With Robin mostly away in separate book “Teen Titans,” the Bronze Age of Batman books burst from the campy froth of the Adam West TV series into a more confident, more baroque style – witness the sweeping capes by artists like Neal Adams, Marshall Rogers, Jim Aparo and Gene Colan. New villans like Ra’s Al Ghul and Man-Bat appeared, and writers like Dennis O’Neil and Frank Robbins remembered the Joker was meant to be a psychopath. Expect lots of night, and lots of shadows. 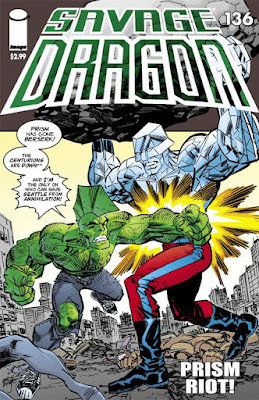 4) Savage Dragon (1992 onwards): Erik Larsen created this character as a child and, after working on others’ books, and leaving to help start Image Comics, began his own book as the story of a green amnesiac man, with a fin on his head, found burning in a field, who later becomes a police officer. The story has unfolded in real time, and Savage Dragon’s son Malcolm is now the lead character, and every permutation of primary-colour superheroics have taken place in that time. Issue number 243 of “Savage Dragon” was published this month, and Erik Larsen has, uniquely for a superhero book, written and drawn every single issue, a situation you wish a primary influence of his, Jack Kirby, had been given. 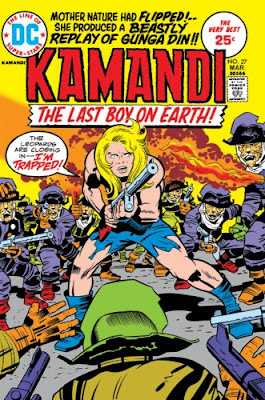 5) Kamandi, The Last Boy on Earth (1972-78) After Jack Kirby had a major hand in creating the Marvel Comics Universe, along with Stan Lee and Steve Ditko, he began the 1970s at DC Comics with the “Fourth World” books, and a property inspired by “Planet of the Apes.” However, what distances “Kamandi” from Charlton Heston is that he is not the sole human on Earth, but he has been spared the effects of the “Great Disaster” that made animals articulate, and degenerated humans into savage. Kamandi is the last of what came before, or the first of what comes next.
Posted by Leigh Spence at 05:21