PEOPLE IN THE NIGHT AND PEOPLE UP ABOVE [173] 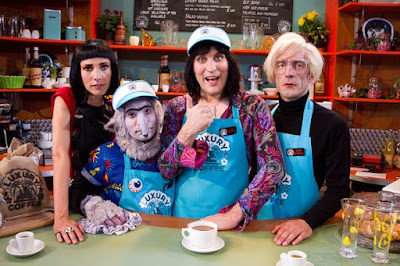 Everyone must watch “Noel Fielding’s Luxury Comedy.” If it doesn’t make sense, you are watching too closely, meaning you must watch it again.


Two years ago, when I first heard that Noel Fielding will be hosting “The Great British Bake Off” with Sandi Toksvig, I realised we missed the opportunity for Spike Milligan and Victoria Wood to have presented “Antiques Roadshow.”


However, what struck me as being uneasy was Fielding being placed into a predictable format. At the time, he was a contestant on “Taskmaster,” a genius game show built around comedians’ approaches to bizarre and silly tasks – a perfect place for a surrealist, Dadaist operator like Fielding. While other contestants hid behind objects to make themselves invisible, Fielding used a green screen to hide as a banana in a fruit bowl.


However, the second series of “Noel Fielding’s Luxury Comedy,” subtitled “Tales from Painted Hawaii,” infuriated me. Broadcast in 2014, two years after the first series, and only five episodes instead of seven, its sketches were no longer linked by Fielding in a fantasy painted treehouse, but he and his characters were now in a familiar sitcom-type set-up, based in a coffee shop. It felt like “The Goodies” – that is not a bad thing in any way, except it had already been done by, well, The Goodies. The first episode opens with Fielding, behind the shop’s counter, explaining the change of situation, before telling his friend Dolly that, “last time, a couple of people were confused.” 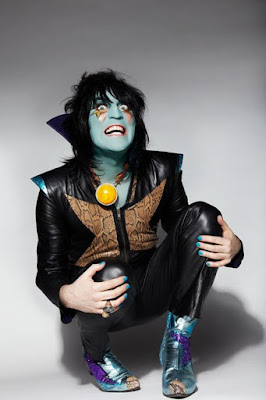 I felt like I had been told to fuck off for having loved the first series, as if Monty Python decided to play it straight to get more viewers – hell, you can no longer do a sketch with two people either side of a desk since “Monty Python’s Flying Circus,” having rightly stretched convention out of shape. So, if I was to see any of Fielding’s inspired characters, they would have to be contained – constrained - in a story, no longer allowed to stand on their own. Lest we forget characters that, at least, were given a chance to stand by themselves, like:


-          The animated adventures of Joey Ramone, Ice Cream Eyes, and Jeremy Beautiful Chest, the man who pays for everything that people get for free.


-          Doo Rag, assistant to the mashed potato-powered The Audience, imprisons, with the help of his brother Doo Cloth, the hedgehog Helen Daniels in a jail made of waffles.

I’ll never have enough space here to go through them all, only to say that the series is still available on DVD, although the painted artwork and carefully-made animation – the “Luxury” element of the title – could have done with a blu-ray release.


Both series of “Luxury Comedy” were stuck on E4, among panel shows, US imports of comedy shows and dramas, and “Hollyoaks.” If it was on the main Channel 4, where taking risks is expected, it might have worked better. Noel Fielding is there now, but he is presenting “Bake Off” instead.


In 2014, Fielding told “The Guardian,” in relation to the reaction to the first series: “People said, ‘You must be mad, or on drugs,’ which I found a bit disappointing. What about imagination? It reflects our time that people sooner assume you’re on drugs or mad, rather than free.” Could we all say we are ready now for a third series, or is it all the fault of Ice Cream Eyes again? 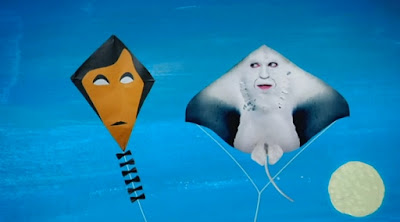