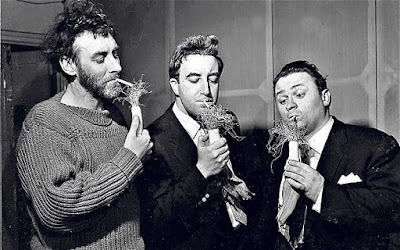 Hercules Grytpype-Thynne asks Count Moriarty to “Take a letter in gargling fluid... To the Postmaster General. Dear General [gargling noises], according to the shape of my knees [gargling noises], I believe that an illegal raffle [gargling noises] for the Equator is being held, and for certain monies I will reveal the organiser [gargling noises]. Let's have that back, please.” The message is spat out. “You filthy swine! You've watered my peony.”


“What time is it Eccles,” asks Bluebottle. “I’ve got it written down ‘ere on a piece of paper,” replies Eccles. A nice man wrote the time down for him that morning. “Supposing when somebody asks you the time, it isn't eight o'clock?” “Ah, den I don't show it to dem.” “Well how do you know when it's eight o'clock?” “I've got it written down on a piece of paper!”


Neddie Seagoon is asked to speak to Fred the Oyster, after insisting oysters can’t talk. He shouts, “Good morning, I see that it's early closing for oysters!” The oyster creaks open. We hear the hee-haw sound of a donkey, played backwards, followed by a forceful raspberry, before closing. Neddie exacts his revenge by eating the oyster. We later hear the oyster inside Neddie, through bubbling and warbling noises, singing, “I’m only a strolling vagabond...”


Now why am I telling you all this? 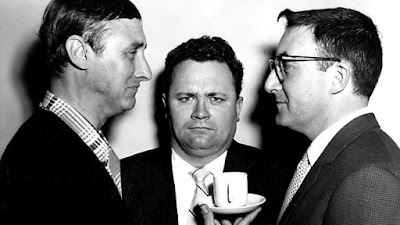 Comedy often doesn’t sound like this. Comedy is subjective and risky, and pushing boundaries requires effort, both from the performer and the listener, and when they meet, friends will be made for life. “The Goon Show” is like this for me, a radio comedy that took the more surreal strain of post-war British comedy and turned it into Surrealist, Dadaist art, full of wordplay, nonsensical plots and deranged sound effects – no wonder I turned out the way I did.


I worry that I will not hear anything as good as “The Goon Show,” despite the decades of opportunity for others to have tried. Perhaps, with the more boundaries that have been pushed, the perception grows that fewer boundaries are left, both with what you can say, and what you can make. Nostalgia grows for that misplaced sense of a time when more risks could be taken.


The show began on 28th May 1951 as “Crazy People,” a half-half mix of comedy sketches and musical items starring Peter Sellers, Harry Secombe, Michael Bentine (for the first two years) and Spike Milligan, and written mostly by Milligan. The first three series were not much different from your standard BBC comedy series for the time, except it took longer to build an audience because the comedy was not as obvious. But that audience did build, and Milligan’s determination to use radio to its full extent grew, the show changed. 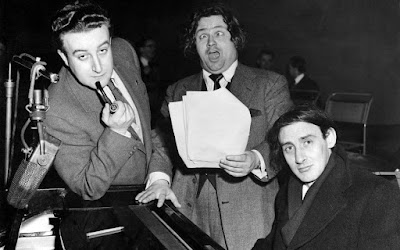 From the fourth series, producer Dennis Main Wilson moved to “Hancock’s Half Hour,” and “The Goon Show” gained Peter Eton, who worked in drama productions – sketches were linked to make a narrative, musical items were reduced, and Angela Morley, then known as Wally Stott, became the show’s musical director, providing the kind of cinematic scope that she would feature on the song “Jackie,” by Scott Walker, and in the Oscar-nominated soundtrack to the film “Watership Down.” The relentless push to create sound effects that could define the world within the show, replacing closing doors and feet on gravel with explosions, foghorns, water splashes, sped up and slowed down voices, proved the need for the BBC to create a unit that produces this “concrete music”: the BBC Radiophonic Workshop, formed in 1958, contributed as much to “The Goon Show” as much as it would to “Quatermass and the Pit” and “Doctor Who.” Furthermore, the growing success of the show led to it being specially recorded for broadcast around the world, something not routinely done in 1954, but something I’m thankful for the BBC deciding they should do – in fact, some lost episodes were remade in 1957-58 as a result, something not done with “Hancock’s Half Hour” until over fifty years later.


The last “Goon Show” aired on the BBC Home Service on 28th January 1960. Other radio comedy shows have come close to its anarchic nature, or its technical ambition – shows like “The Burkiss Way” or “The Hitchhiker’s Guide to the Galaxy” – but “The Goon Show” still looms large over it. In 2018, the latest “Hitchhiker’s” series, based on Eoin Colfer’s novel “And Another Thing,” continued in the same vein as its previous incarnations, but a part of me still thought that the only other opportunity I will have that week to listen to a comedy series on that kind of scale – no panel shows, no stand-up performances, no sketches – will have been made sixty years earlier. There’s that naughty brown leather nostalgia again.


One more example: Henry Crun and Minnie Bannister are at the bank of some water, enveloped with fog. However, there are so many foghorns playing over them, Spike Milligan is laughing at them, along with the audience, until Crun tells Minnie to put her saxophone away.


Just go listen to “The Goon Show,” you’ll be doing yourself a favour! 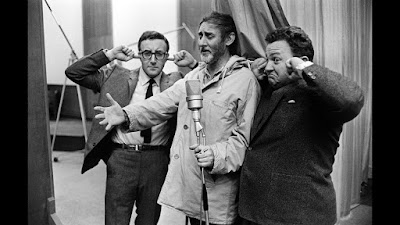