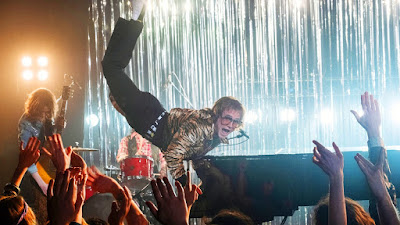 This article is rated “15,” or “R,” for infrequent strong language.


Sorry “Avengers” fans, “Rocketman” is the best film of 2019 so far. I did not expect Dexter Fletcher to channel the spirit of Ken Russell, director of musicals like “Tommy” and “Lisztomania,” into portraying the life of Elton John, when a straightforward biopic could have been enough. Moreover, Taron Egerton balances his portrayal of John amazingly, as both an introvert and extrovert, hero and villain of John’s own story, all while doing his own singing – you’ll believe a man can fly, while performing “Crocodile Rock.”


Elton John has lived a life of darkness and light, success and excess like few others have, or wanted, most remarkably emerging from it all, to enjoy and build on the legacy that his and Bernie Taupin’s songs have given us all. “Rocketman” could have whitewashed the sex and drugs from his life, but with its hero bankrolling the production of a “true fantasy,” as the poster says, John has taken responsibility for his past, his addictions and broken relationships, without trying to moralise on our behalf. His third-act break-up with himself, and his own rescue, is heroic, befitting a man who chose the middle name “Hercules.”


Writing for “The Observer,” Elton John explains the tone of “Rocketman” was established by videos produced by David LaChapelle for his Las Vegas show, “The Red Piano.” Most notably, a real-life half-hearted suicide bid, involving an oven in a kitchen with an open window, is reproduced by LaChapelle for “Someone Saved My Life Tonight,” a song based in that time of John’s life. When much of your biography is public knowledge anyway, there is little reason to shy away from it. 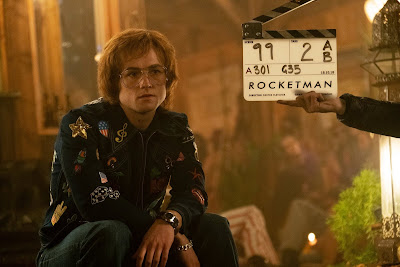 The standout line from the article was this: “Some studios wanted to tone down the sex and drugs so the film would get a PG-13 rating. But I haven’t led a PG-13 rated life.” The film bounced around many studios before arriving at Paramount, and the extra clout of Matthew Vaughan’s production company Marv, responsible for the “Kingsman” series, resulted in a film rated “R” in the United States, and “15” in the UK. But it left me with a big question: Elton John apparently led an “R-rated life,” but don’t we all?


Making films is a reductive process, from choosing what aspects of real life you wish to capture, to the compromises you have to make during production on what is physically, legally and affordably possible. Until 1968 in the United States, and 1985 in the UK, that work would then be subject to censorship, to fit what was morally allowed, until it became more appropriate to provide an advisory rating instead. Yes, the UK has issued ratings since 1912 – “U” for Universal, “A” for Adult, followed by “H” for Horror, later changed to “X” as a compulsory 16+ age limit (18+ from 1970) - but the British Board of Film Censors only properly switched to classifying films once the Video Recordings Act 1984 required them to provide advisory ratings for video tapes.


What has arisen from these classifications is rather odd – when the Motion Picture of Association of America (MPAA) marked its fiftieth anniversary in 2018, it was remarked that 17,202 of the 29,791 films it had rated to that point received an “R,” requiring anyone attending a screening aged under 17 to be accompanied by an adult – only 524 films received the top “X” rating, since renamed “NC-17.” Meanwhile, the number of films receiving a “PG-13” rating is nearly as many as received a “PG” (4,913 to 5,578), even though “PG-13” has only been available as a rating since 1984.

Like the later “12” rating in the UK from 1989, “PG-13” exists as a way of showing a little more of the true grit in life than is allowed under “PG” – brief and discreet sex and nudity, moderate violence that should not dwell on detail, or have emphasis on injury or blood, and strong language can be used in context, though usually only once in practice. Some people act like they have no fucks to give, but really mean that is all they say, but what if you had only one fuck to give? When would be the right moment to deploy it? Meanwhile, I once had a nosebleed that would be rated “R,” or “15,” because I did not have a tissue to catch it, and I had no option but to dwell on it, because I had to clear it up.


Looking at a pile of films in front of me, I can see only a few that required an “18” rating – “The Man Who Fell to Earth,” “They Live,” “Robocop,” and “Myra Breckinridge.” All these require violence (whether physical or sexual), blood, swearing and drug use in one form or another as part of their plots, but that use is appropriate – there is no gratuitous use of these to achieve a higher rating, and nothing that interrupts the plot to provide that kind of content. Perhaps the promotion of the “X” rating for films like “Fritz the Cat” in their advertising – “we’re not rated X for nothin’, baby!” – and the existence of the list of “Video Nasties,” horror films banned in the UK until around twenty years ago, has given the impression that a bar was set to jump over, when the numbers don’t prove that. 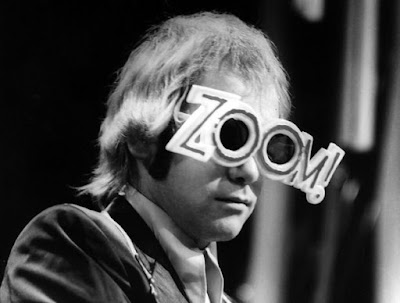 
“Rocketman” receives a “restricted” rating because the film shows restraint – it would have been possible to make an 18-rated, or NC-17 version of it. We all show restraint in one form or another – no-one can proclaim they are “uncensored,” because we consider ourselves, and consider each other. This is why censorship, taking that consideration out of our hands, stings so much, such as the Russian release of “Rocketman,” which received five minutes of cuts for sex, drug use and homosexuality – the end text no longer mentions that the film’s producer is married to the film’s subject. Even after those cuts, it still received an “18+” rating, which would have been a “PG-13” or less here. No wonder the production felt hoodwinked by it.