YOU LAUGH TODAY AND CRY TOMORROW [180] 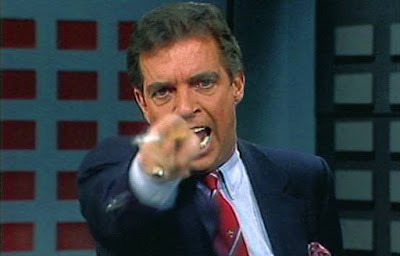 There has to be a reason why I have seen a documentary film three times within the last six months – it is either that the subject is endlessly fascinating, or the subject feels like an elaborate version of the “Aristocrats” joke. What is the name of this act? Morton Downey Jr. was a radio DJ turned talk show host, whose TV talk show, which ran from 1987 to 1989, was a harbinger of the right-wing hosts found on American TV and radio today. At the same time, “Evocateur” is also the story of someone who constantly had to prove his worth in the shadow of his father and his peers, while simultaneously railing against them – as said by Bob Pittman, the original programmer for MTV, and later producer of Downey’s show, “Often, the most self-destructive people are really entertaining.”


Morton Downey Sr. was a famous singer, his son’s efforts, including a version of “Boulevard of Broken Dreams” (the original 1933 song), did not do well. He also had a book of poetry published in the 1960s, titled “Quiet Sounds Make the Loudest Noise,” when he was going by the name Sean. The film returns to this book on a number of occasions, only because its writer is so at odds with the self-proclaimed champion that would say, “I’m after establishing a platform for the American who has been unheard by his government.” Downey found his political voice in an anti-abortion speech in 1981, by which point he was estranged from the Kennedys, who were friends with his family, through his father. The term “evocateur” is used by lawyer Gloria Allred, the human rights lawyer that held her own against Downey in a conversation about feminism, that included Downey wondering if Allred had a tape measure on her tongue. 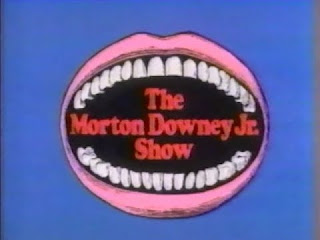 There are copious scenes in this film from “The Morton Downey Jr. Show,” described as a “talk show with a hockey audience,” where he played the role of the “angry populist,” and where subjects had no grey area, with a clear line drawn between liberal and conservative, left and right, good and evil. His friends are interviewed, saying Downey was acting, and his daughter Kelli could not watch the show, because she could not bear that side of him. There are many stories of rages, and of prostitutes, and there is good, imaginative use of animation to match the fantasy, and to offset the shaking heads.


What would ultimately spell the end of Downey’s show was when the fantasy overtook reality, when his alleging that he had been attached at an airport, had a swastika drawn on his face, and his hair partly cut, was rejected as a hoax, due to inconsistencies in his account. By then, his show, which began in the New York area and had spread nationally, was being dropped by both TV stations, advertisers, and its guests became more like those expected on “The Jerry Springer Show.” As is said during the film, “you don’t think it’s ever going to end when you’re in the midst of it.”


Morton Downey Jr. died in 2001, after battling lung cancer – a lit cigarette was constant on his show. His show was not the sort we would see in the UK, and his personality was not either, as the more conservative point of view is the province of newspapers and online, while TV and radio has to be impartial – it is interesting to see how popular a show like his was, but, as Bob Pittman said towards the end, “so if you say what the worst thing about it is? I was associated with someone that, by giving him a forum, and by giving him a chance to be a celebrity, hurt himself.” What this film does do is make you still care about someone who had used up the goodwill he was due, and it is worth seeing for telling its story so well – but there won’t be another person like Morton Downey Jr. 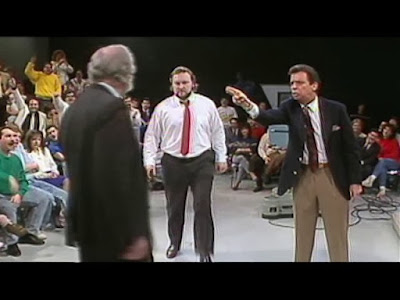