“When you hear the attack warning, you and your family must take cover at once. Do not stay out of doors. If you are caught in the open, lie down.”


OK, so if there is going to be a nuclear attack, and I am living above the 5th floor of a block of flats, I must make arrangements with a neighbour further down the building, so I can build a fallout room there – and, if I didn’t get my booklet from the Government in the post by now, I will have less than 72 hours, from when I saw the message on TV, until the bomb drops.


I know I have covered comedies about nuclear war before, in “The Bed Sitting Room” and “Whoops Apocalypse,” but I cannot think of anything more horrifying than this. It was the threat into which I was born, until the Cold War thawed out at the end of the 1980s. However, games like “Fallout 76” return to the well of satirical laughter. The difference here is how “Protect and Survive,” a series of twenty instructional films about what to do in case of nuclear attack, was the official UK Government advice: its comedy comes from its po-faced tone, the practicality of the advice given, and the fact it would never be needed. 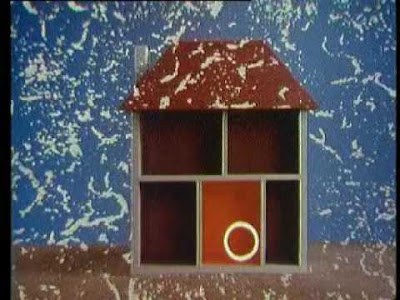 The films, mostly around two minutes each, were made in around 1975-76 by Richard Taylor Productions, an animation company best known for the whimsical “Crystal Tipps and Alistair,” and the “Charley Says” series of road safety films – this time around, the colourful cut-outs are replaced by blueprint-blue backgrounds, wooden models of houses, still photography, rudimentary flashes of hand-drawn animation, and a squelchy theme tune by “Doctor Who” composer Roger Limb. The authoritarian narration is by Patrick Allen, who reprised certain passages for Frankie Goes to Hollywood’s “Two Tribes,” sounding even scarier than Vincent Price did for “Thriller.”


The shorts are very easy to find online, and on DVD. I wouldn’t recommend watching all twenty in one go, even if they only add up to fifty minutes – they were designed to be shown at intervals, and the bone-dry tone will not allow you to sit back and watch. As bizarre as some of the advice is, such as preparing your fallout shelter’s toilet, and preparing bodies by wrapping them in brown paper and attaching a label with their name and address, this would have been what you were asked to do. Just think about building up the walls of your fallout room with boxes and bags of earth and sand, but also flammable things like books and clothing. However, I did notice you are told you need at least two pints of water each day to live, which has since gone up to two litres.

The only reason the films entered public consciousness was because in 1980, when they were still classified, some of them were leaked, and the BBC broadcast a few seconds of them in an episode of “Panorama,” investigating what civil defence strategy there was in the UK following Russia’s invasion of Afghanistan. It was deemed woeful: the accompanying booklet, also titled “Protect and Survive,” and also classified, was to be posted to all households three weeks ahead of a possible attack, when it would have taken four weeks to print them – the Government put the booklet on sale once enough people were asking questions. Today, the advice seems woeful, and just a way of keeping the public distracted and busy. I assume there are current plans – while they are not public knowledge, I hope they will be more effective than what they gave us last time. 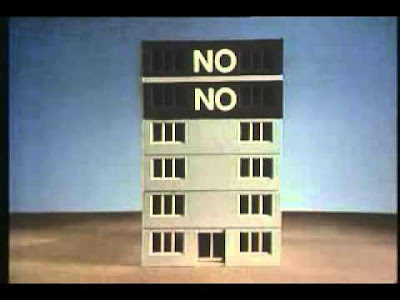