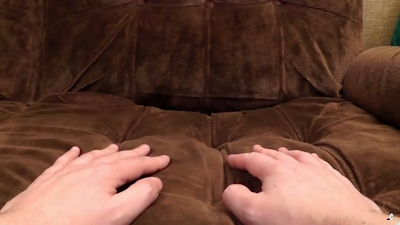 In his video review of the “Huge Screen ver. 2,” a cheap LCD game, Dr. Stuart Ashen wondered if he would have a good time playing it. “Yeah I know it’s not going to happen. Join me after the break.” The screen fades to black. A caption appears: “There are no advertisement breaks. This is the internet.” The previous shot fades back in: “Oh yeah, that was weird. Thought I was on television for a moment. Hmm, I’d probably know I was on television because I’d be being paid.”


This video was posted to YouTube on 25th October 2010. Nine years and over 400,000 views later, I’m watching it on my television, preceded by an ad for the National Lottery. I only came across the “ashens” channel over a month ago – the first video I came across was the “Chicken in a Can,” a lunch / autopsy hybrid that included the bones and giblets. At that point, the channel had 774 videos available – diving into it is like deciding your next box set to watch will be “Coronation Street”.


I am beginning to think that “ashens” – subtitled “Comedy, Technology, Idiocy” - may well be the archetypal YouTube channel. It is almost as old as YouTube itself, and has evolved both with it and because of it – what must have started as a bit of fun became a career because the platform evolved to accommodate the more professional videos people have posted to it. YouTube is not social media, it is public access television, in the same way that Facebook and Twitter are really publishers. 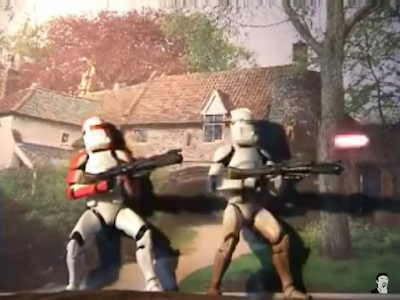 Ashen’s first video was “The Truth About Open Source,” a skit made using action figures and computer effects, about why you should pay for licensed software. It is typical of the short, funny videos people first placed on YouTube, when people were testing it to see what worked there – not everyone can put up their day at the zoo. It was posted on 25th February 2006, only two months after the platform officially launched, and nine months before it was bought by Google. Video resolution was only 320 x 240 pixels, and a ten-minute limit on video length was imposed to deter the pirated upload of TV shows, although you could post longer videos if you respected YouTube’s terms of service.


Widescreen was introduced in November 2008, prompting Ashen to post a video warning YouTube about the sides of the screen they were now exposing: “That’s where the monsters live... that one’s got a hat on.” By this point, the other type of videos he posted became more prominent, as they were elsewhere on the platform: show-and-tell reviews of products, mostly bad ones, framed against the stage of a brown sofa. His second video was the first of the “Pop Station” LCD game consoles, endlessly rehashing poor games with incoherently-translated instructions, but it would take two years for these occasional videos, co-existing with Noseybonk and other sketches, before it would gain the “Hello” opening title card they have used to this day. 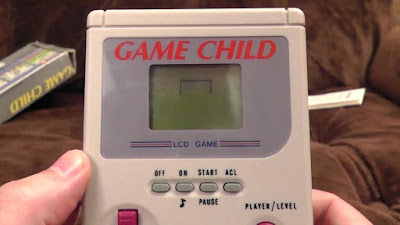 I would not normally watch “unboxing” videos, but if you base these types of videos around obscure or poor technology, mundane or badly made “tat” from Poundland, and exotic or expired food and drink, there is much scope to apply dry wit and sarcasm to what you uncover. Because Ashen’s videos are usually unscripted, they usually also serve as their own “reaction” videos, a category of YouTube video that is also prevalent – I am aware that someone did a video reacting to the “chicken in a can” video, in the perfect example of media eating itself.


However, Ashen has continued to make space for comedy, adding an edge to the unscripted reviews. For example, a video that involved clearing a drawer of items to be reviewed contains a sketch about creating the dice that will determine the fate of the objects, loading their eventual destruction with great symbolism. One video was ended by sticking a cartoon frog into a corner while bizarre music played, because it can be done. One review, for a toy violin, was abandoned and re-recorded because Ashen broke down laughing at the poorly translated English on the box, explaining that master violin creators were “nicolas, Marty,” “Antonio Stella bottom tile,” and “ji plug pu – melon nai” – the two videos have a total of nearly two million views between them.


I am aware I haven’t mentioned the feature films yet – the science fiction fantasy comedy “Ashens and the Quest for the Game Child” (2013), and the upcoming “Ashens and the Polybius Heist”. You know you have done well when you can raise the money to make your own film, but when you can get Robert Llewellyn from “Red Dwarf,” and Warwick Davis from “Celebrity Squares,” you name must have some cachet. Oh, and the books: “Terrible Old Games You’ve Probably Never Heard Of,” and “Attack of the Flickering Skeletons: More Terrible Old Games You’ve Probably Never Heard Of.” 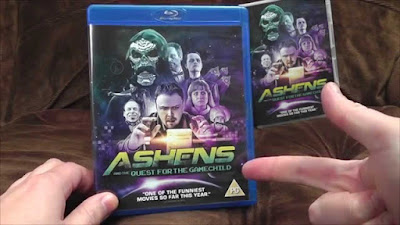 (...And how could I forget to mention “Chanticleer Hegemony,” a Pop Station LCD game that featured on a box, but not inside it, and was tracked down after five years, only to find it was literally a cockfighting game, because that was something someone made.)


As Ashen explained on the BBC’s “Newsnight” in 2015, when the word “unboxing” made it into the Oxford English Dictionary, the ultimate reason for doing these videos is because people want to watch them:


“I think when, in the past, when you wanted to buy a new product, you would be very led by advertising, the only things you could see would be in adverts, or perhaps in a very controlled environment, like a shop, whereas people like the raw honesty of just, here is a box, and here inside is what you will get if you buy it, and if we can make that entertaining while we show people it, it’s all good.” 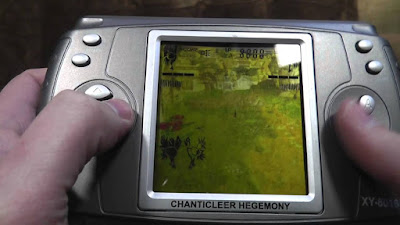 This is the point where YouTube became a professional platform, as in people could begin earning a living from their work. The partner program that began in May 2007 currently pays revenue to channels with more than a thousand subscribers, and more than four thousand hours of time spent watching their videos within 12 months – the latter requirement was added in 2018, a consequence of both the increased number of channels with multiple subscribers, but also the increasing professional standard of the videos posted, as watching online video eats away at traditional television – any video scoring over 100,000 views within a week is already beating most television audiences on satellite and cable television in the UK, and anything over a million views is approaching BBC Two and Channel 4 primetime figures.


I am glad that the YouTube algorithm somehow suggested “ashens” to me, as I haven’t laughed so much in a long time – that can be put down mostly to the toy violin. What it has taught me is that if you think you have a video something that people find funny, put it out there, and make sure they know about it. I should try it myself - if a comic monologue can be wrenched from jelly beans, I could make a video explaining how Quorn could be made in more interesting shapes, then present a blue pyramid of the stuff.


However, to start a career on YouTube, I would need to start by posting at least ten videos, of ten minutes in length, that would get at least 2,400 views each year, with everyone watching to the end, with nearly half of them deciding to subscribe for future content – that is the minimum before I even see a penny from YouTube, unless I get sponsorship. Perhaps, I should make something for fun first. 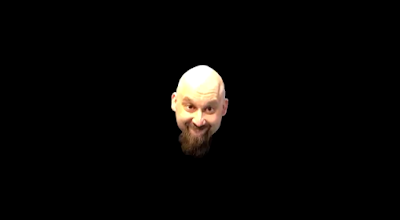