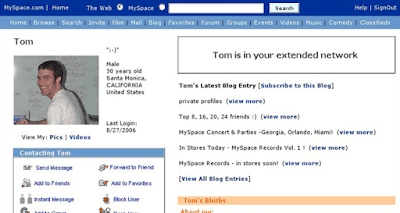 Taking a look at Twitter, I see Debbie Harry and Kate Bush are trending. The BBC had shown two episodes of “Top of the Pops” from 1989, repeating old performances they made. As ever, that was not why they were still trending from the night before: it was from people opening Twitter themselves, and expressing thanks that they hadn’t died, because seeing their names trending got them worried for a moment. Of course, writing their names out one more time feeds them back into the system, and the process continues. My sincere hope is that, one day, this will happen to Twitter itself, and no-one will have reason to care.


I have maintained a presence on Facebook and Twitter since 2009, initially to avoid being impersonated, and later just to keep up appearances, as more people made social media their primary form of communication. Today, these accounts are only used to promote my writing, along with an Instagram account I recently started, in order to keep a hand in there. (I should point out that most referrals to www.dancingwiththegatekeepers.com are from searches on Google, far outstripping social media.) Outside of these, I have no reason to engage: Twitter is a place for people to shout the first thing that comes into their heads, usually about how what they said previously was taken out of context; and Facebook is for parents posting pictures of their children. Instagram is for selfies, but we knew that much already.


There will come a time when social media will end – sites will either be legislated out of existence, or people will get bored and wander off. Either extremism and fake news will be dealt with, or people will just have to learn how to speak to each other properly – which they have increasingly been doing via by video conferencing services, like Zoom, FaceTime and Microsoft Teams, instead of social media. This is much healthier than measuring your influence and wealth by how many followers you have. If you really need to let people know what you think about something, get a blog, or ask Google to resurrect GeoCities.


I have no answers on what would happen after social media is ended, because the next question would be what to do with the data that sites were allowed to collect. For as much use as it could have in anonymised form, identifying and targeting specific groups of people with only the services they could want, the data collected will immediately become outdated and irrelevant the moment that collection is stopped.


There is precedence, in the form of Bebo and MySpace – just delete the data, put it beyond use, and move on. The former was a site that was founded after Facebook in Twitter, in 2005, and closed when it went bankrupt in 2013. Meanwhile, MySpace has remained in business since 2003, but use of the site had peaked by 2009, and what remains is ineffective. Bebo’s bankruptcy led to the announcement that user data would be deleted, although account holders were given the opportunity to download what they had entered first. MySpace, however, returned to public consciousness in 2019 when a server move led to their pre-2016 records being corrupted and lost, with a banner warning of this remaining on their front page – for those who were shocked into remembering they still had account, their data was now irretrievable.


Admittedly, I do not know where I am going with any of this, but I would just like to think of a time when there is no social media anymore. Everyone will be out of their respective bubbles, I have no obligation to maintain a presence there, and presidents will have one less way to bully their people.
Posted by Leigh Spence at 20:08