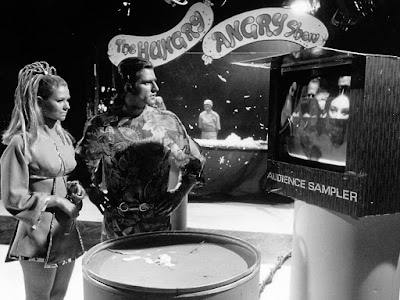 Once upon a time, staged plays were a staple of British television – plays originally performed on the stage, and plays written to be staged on television. A famous example is “Dial M for Murder,” first staged by the BBC in 1952, then in the West End the following year, and filmed by Alfred Hitchcock the year after that. An even more famous example is Nigel Kneale’s 1954 adaptation of George Orwell’s “Nineteen Eighty-Four,” whose violent visions of a fascist Britain prompted questions in Parliament, before the Duke of Edinburgh said he watched it with the Queen, and enjoyed it. At this time, plays were normally performed twice, and performed live – the distinguished audience of the first performance of “Nineteen Eighty-Four” is the only reason a telerecording was made of the second performance, preserving Peter Cushing as Winston Smith for posterity.

The history of British television plays is normally centred on socially conscious strands like BBC One’s “The Wednesday Play” and “Play for Today,” with famous productions like “Up the Junction,” “Cathy Come Home,” “Scum,” and “Abigail’s Party.” Meanwhile, in July 1968, on the more niche BBC Two, Nigel Kneale presented a polemical original story that was “sooner than you think,” an opening line that could easily now say, “I told you so.”

“The Year of the Sex Olympics,” starring Leonard Rossiter and Brian Cox, is like a counterculture version of “Nineteen Eighty-Four,” befitting its production in psychedelic colour, for Europe’s only colour TV channel – unfortunately, it only exists as a black and white telerecording, the colour tape long gone, but the intention is clear that “the future” in science fiction is another version of “now.” This time, the masses are sated by giving them exactly what they want to watch on TV, all the time, to the point where they will not want to do anything else but continue to watch. TV programmes with titles such as "Foodshow," "Sportsex" and "Artsex," the last two being qualifying events for the Sex Olympics themselves, are deliberately as coarse in their intention as they sound, targeting the Freudian id of the audience. That everyone is seen taking their food-drink from a container looking not unlike a baby's pacifier dummy hits the message home. 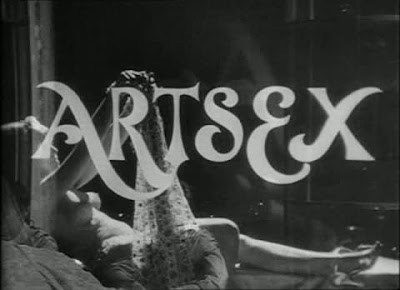 To be clear, this is not like showing pornography to stimulate: this is showing pornography as a substitute for having sex, to the point where the drive to have sex is satisfied. As the play puts it, this is TV made by "high-drives" for an audience of "low-drives," observed for their every reaction, steering them towards the right sort of complacency. Lack of drive means no wars, no tension, and peace for all. The English spoken in "The Year of the Sex Olympics," a 1960s hippie-ish parade of stunted slogans, devoid of prepositions, is like the Newspeak of "Nineteen Eighty-Four," but instead of reducing the language by design, words instead lose their meaning when what they describe no longer exists - it's all aiming for the top, "big king style." The LSD-laced psychedelic counterculture of the 1960s, and the hopes of expanding consciousness, are used to inevitably cynical ends to separate the elite from the rest.

However, standing behind the backdrop of the Arctic, as two high-drives do in one scene, doesn't mean you feel cold. All the above is failing, due to boredom - everything has now all been seen before, on the TV screen. The shrieks and laughs and joys when a protestor falls to their death at the Sex Olympics, trying to show their deliberately horrible art - anything for a reaction – prompts the creation of "The Live Life Show," showing a family attempting to survive on a remote island, climaxing when a psychopath is introduced to island and kills the family. "Something got to happen," apparently.

I had wondered whether the dividing line between the sociopathic high-drives and mollified low-drives had followed an inciting incident, like a war, that rearranged society, as in “Nineteen Eighty-Four,” but the degeneration from our current standpoint is what “The Year of the Sex Olympics” is designed to warn. When “The Live Life Show” started to appear on real-life television in 2000, as “Big Brother” on Channel 4, and the BBC’s own “Castaway 2000,” it initially appeared that the most we were going to get was rowdy behaviour, and Ben Fogle. What we should have looked out for was when the pressure of appearing on television leads to suicide after the cameras have stopped, as with ITV’s “Love Island” and “The Jeremy Kyle Show.”

Eventually, drama series and TV movies replaced the staged play, just as captive audiences for plays about potentially difficult subjects on one of only three British TV channels have now been scattered across hundreds of channels and streaming services - one-off plays are now either rare treats, or usually found on radio. Then again, there are the occasional stories on TV that implore you to just go outside and get a life. 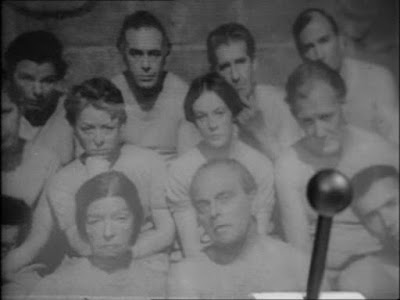