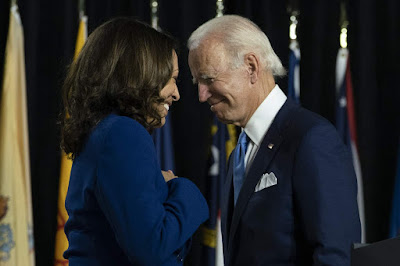 Joe Biden has been elected President of the United States of America, and the world can breathe again. The extraordinary scenes of a country biding its time for five days, agonising as it awaits the outcome of an exercise in both democracy and due process, won’t be seen again for decades. The American people won’t allow their national character to be decided by ballot ever again, and has elected a President that has regard both for himself and the people. With Biden having won both the popular vote and the Electoral College, the victory is that bit sweeter, and that bit more legitimate.

This is a victory for all those made to feel unwelcome in their own country by their leader: the black people brutalised by their police, the immigrants demonised for their otherness, the LGBT people nearly legislated out of existence, and the women objectified and abused by the people that think they are there for the taking. Kamala Harris is, symbolically and in reality, a more qualified Vice President than the moralising ignorance of Mike Pence, let alone a President that flouted and ridiculed his own administration’s advice on coronavirus, only to get it himself.

The vote counters in Pennsylvania, Georgia, Arizona, North Carolina, Nevada and Alaska deserve applause for their days of hard work in the light of the largest turnout in over a century, and the increased absentee ballots due to the Covid-19 pandemic.

I once helped count the votes in a UK general election, for the Gosport constituency in 2005, which chose my Member of Parliament. I remember being told that you don’t have to answer the poll observers’ questions, as they stood over you, trying to tally who voted for their side, because your job is to make sure the count is done correctly – we recounted some batches of ballots if any inconsistency was found. Six hours later, and with over forty-three thousand votes counted, we could go home. If I’ve lost sleep just watching the US elections this time around, I couldn’t imagine having to wake up to go back to the convention centre to continue counting, but it just underscores how important the whole exercise of democracy is to be treated.

Joe Biden conducted himself the best following election day, guiding the tone for the country as it waited for the time when the result becomes final, and when he could legitimately claim to be the winner. I don’t know too much about Biden, apart from his serving as Barack Obama’s vice president, and for making occasional gaffes that reveal the regular guy under the politician exterior, but he proved himself as Vice President, and actually appears be human, which is enough. Living in the United Kingdom is no excuse for not following the US General Election results, especially when your country’s post-Brexit future may depend in part on what the winner is prepared to accept or offer, but I am assured that Joe Biden will consider what is best for everyone before making a deal with the UK, not only what is best for him personally. 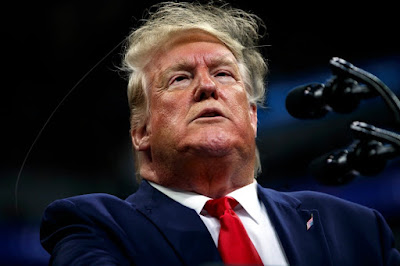 Elsewhere Donald Trump, a man that makes gold look cheap, while looking and sounding like a drag queen version of his younger self, sequestered himself in the White House to feed from the conspiracy theories concocted about the count, attempting to convert them to fact by writing them out on Twitter, breaking their terms of service one more time. Perhaps his repeated claims of “fraud,” that Biden “stole” the election, votes being counted “illegally,” and the media deciding the election ahead of time, is all the nuance he can muster. With Twitter having decided to remove his “newsworthy individual” privileges the moment he stops being President, expect Trump's malicious and indiscriminate account to disappear very quickly, as he faces the world without Presidential immunity.

In November 2016 [link], I said that the holder of the office of President “cannot afford to be given the benefit of the doubt, especially when Trump has never appeared to need it before. He will be given the opportunity to govern in the way he sees fit, but he will be under constant scrutiny, for every single decision, for every public utterance, for the rest of his life.”

For Donald John Trump, that scrutiny will only intensify. What I had not expected is how half-arsed a leader he turned out to be. “Let’s Make America Great Again” was Ronald Reagan’s campaign slogan in 1980, and later used in speeches by Bill Clinton in 1992, so it doesn’t take much imagination for the real estate heir, taking advantage of Reaganomics and tax breaks, to copy the words, remove the inclusivity of “let’s,” and make it into a catch-all dog whistle. Trusting only his decisions, there is no history to learn, no precedent to observe, no dignity worth honouring.

Meanwhile, the politicians and White House staff that aided and abetted him have been a revolving door of “Dick Tracy” villains that either ended up in jail or wrote a memoir. Perhaps your experience of life is tainted when the only people that come close to you will eventually sell you out for profit, but when you define your life by the deals you make, you can’t reasonably expect fealty from anyone.

What I am most wary about, despite Biden’s victory, is that over seventy million Americans still voted for Trump. This has already been indicated as meaning that neither Trump, or Trumpism, is going away, and that his political conduct over the previous four years has effectively been endorsed - his associates, acolytes, or even his family, may try to replicate the same disregard for America’s institutions and rules, with the expectation of a similar level of success. Talk of the United States being as divided as during the Civil War may subside, but it may leave a new Confederacy-style grievance in place, if Trump's die-hard followers try to turn "America First" and "Make America Great Again" into a new "lost cause." The next four years will be difficult, but Joe Biden already knew that.

Between now and 20th January 2021, Trump and his staff will most likely continue to obfuscate the election results, spread disinformation, and use all the tricks they can to pull off the win that exists in his head. But there is a word for that, a Middle English word derived from the Old French “tromper” (“deceive”), and meaning either attractive articles of little value or use, or something that is showy or worthless: “trumpery.”

The news cycle will not quiet down yet, but it’s nice to know it could. But for now, Joe Biden won, and a lot of people are saying the big stupid low-energy bully Donald Trump (never met him) is a loser, and a nasty, terrible person, the likes of which you’ve never seen before - everybody’s talking about it, that’s just what I had heard, a lot of people tell me. It’s very sad - he just took no responsibility at all.