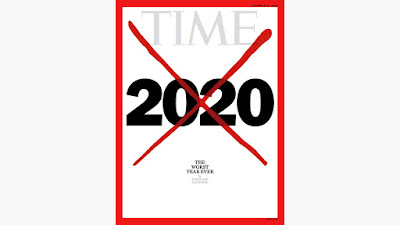 Autopsies of 2020 were complete long before the year’s end. Only war could have made it worse, then I remembered it began with the United States and Iran on the verge of open conflict, after a drone strike killed an Iranian general.

Meanwhile, Covid-19 has been detrimental to the extent the United Nations Development Programme, on Tuesday 15th December, said it threatened human progress, publishing a report detailing how a global lurch from one crisis to the next could reverse gains in health, education and social freedoms. There is nowhere left for us to go but upwards.

The signs are good. The United States will soon have a President who favours diplomacy over disruption, and while on its way out of the European Union, the United Kingdom has somehow managed to make a deal with the union on trade that was achieved using negotiation and compromise – the protectionism, nationalism and sovereignty ingrained in politics in the last few years has made the announcement of the Brexit deal more of a surprise than it really should have been.

The lesson I learnt from 2020 is that the truth is bigger than you are. This has come from the overwhelming number of times that opinions have had to change in the world due to uncovered, emerging and overriding opinion. You cannot ignore coronavirus, you cannot dispel climate change, and you cannot decide that evidence for either doesn’t exist just because you don’t personally believe it, or that a conspiracy theory puts those facts in a more acceptable order. You cannot wish away disease and death. (I am doing my best not to mention Donald Trump, but after all the rubbish he talked about coronavirus, I was just waiting for him  to contract it himself, and he did.)

In an already notorious speech given by Liz Truss, Minister for Women and Equalities on Thursday 17th December, she mischaracterised postmodernist philosophy as having led, in the 1980s, to Leeds City Council prioritising equality legislation in schools over learning to read and write: “These ideas have their roots in post-modernist philosophy – pioneered by [Michel] Foucault – that put societal power structures and labels ahead of individuals and their endeavours. In this school of thought, there is no space for evidence, as there is no objective view – truth and morality are all relative.”

Did Liz Truss intend to take what sounded like the truth, and present it as fact?

I describe myself is a postmodernist, because ideas about “grand narratives,” deconstruction and relativism prove useful in my processes for understanding the world, especially when it comes to writing about different subjects, but I don’t get out of bed in the morning because I feel like it. If I don’t do it, I won’t achieve anything, and I know this to be objectively true, even if saying this makes it sound like I had given something so obvious even a moment’s thought. My understanding of coronavirus has been shaped by the Government’s representation of scientific evidence, and I have taken their word on it because the information provided – the evidence - has proven to be reliable enough to prevent death. I have objectively chosen to live. No-one chooses to live on edge either.