ONE OF THESE THINGS IS NOT LIKE THE OTHER [274] 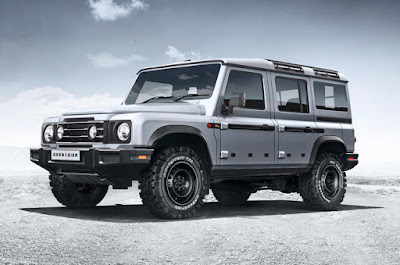 The Ineos Grenadier is an off-road car to be released in 2022, following a six-year process where Sir Jim Ratcliffe pushed his chemicals company, most well-known as a sponsor of cycling and sailing teams, into car production to fulfil Ratcliffe’s dream of building a modern, rugged vehicle in the spirit of the original Land Rover of 1948...

...or, when Jaguar Land Rover declined to sell Ratcliffe the tooling and moulding for the previous model Land Rover Defender, which ended production in 2016, he decided to build a vehicle that looks so much like the original Defender that, if it drove past you, you could mistake it for one. Some edges have been smoothed off, and the front and rear lights are different, but apart from that, the Grenadier – named after the pub in which Ratcliffe and his team conceived the idea – appears to be for people that wanted the old Land Rover Defender, but didn’t want to buy second-hand.

In a September 2020 article for “Autocar” magazine [https://www.autocar.co.uk/car-news/new-cars/ineos-grenadier-2021], reporting on the 17,000 pre-orders received so far, designer Toby Ecuyer, usually known for his work on superyachts, appeared relaxed about the Grenadier’s resemblance to the Defender: “It has been fascinating, benchmarking all the cars we have. One thing I’ve learned is how little there is between cars. I mean, you only have to change a vehicle a little to make it look like something different. Shift the headlights a bit and you’ve suddenly made a Ford Bronco.” Fortunately, the rest of the interview suggests more passion than this one answer suggests. 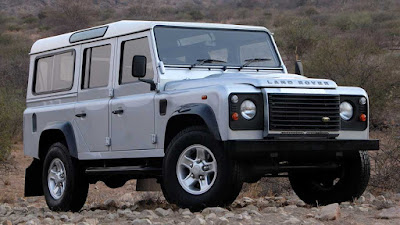 (It should be noted that, in August 2020, Jaguar Land Rover lost in the litigation it brought against Ineos, when a judge upheld a decision by the Intellectual Property Office decided that the Defender’s design wasn’t distinctive enough to be trademarked, highlighting previous models of the Jeep Wrangler and Mercedes-Benz G-Wagen as examples of similar-looking designs [https://www.autocar.co.uk/car-news/industry/jaguar-land-rovers-trademark-court-case-testimonies-revealed].)

Looking on the Ineos Grenadier website [www.ineosgrenadier.com], it is made clear the purpose of the car defines the design: “We’re building on the legacy of classic 4x4s. A box-section ladder frame. Permanent four-wheel drive. Beam axles. And a boxy body that’s designed rather than styled.” The car is “a working tool. More angles than curves. Function dictates form, every time. It exists because Ratcliffe “identified a gap in the market for a stripped back, no-nonsense, utilitarian 4x4.”

Surely Land Rover filled this gap over seventy years ago? The only reason Sir Jim Ratcliffe could have perceived a gap was Jaguar Land Rover’s ending of the Defender’s production, but this was more a case of their hand being forced in January 2016 rather than choice. Safety and emissions regulations precluded the Defender from being sold in various parts of the world, and had been withdrawn from sale in North America back in 1997 when the car’s design, already heavily modified for the market, was unable to accommodate side airbags. The new 2020 model Defender, using a more standard aluminium unibody structure and air suspension as standard, was designed to meet safety standards worldwide, and if it results in a car perceived as more upmarket than its predecessor, that appears to have been the result of remaining vital and competitive. 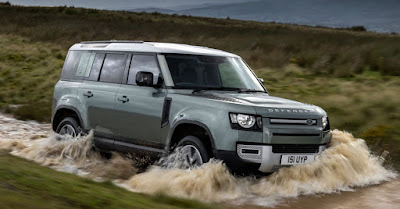 Declining to allow Ratcliffe to buy the original Defender’s tooling does not mean that Land Rovers have previously been built, under license, by other companies. Much like the notorious Lada Riva was a Russian evolution of the original Fiat 124, and the Seat Alhambra was a modified Fiat Panda produced after Seat’s license to build the original expired, the Spanish manufacturer Santana moved from being a builder of Land Rover-supplied “complete knock-down kits” to making their own legally-distinguishable version when their license ended in 1983 – the final version of it was also sold in Italy by Fiat, as the Iveco Massif, before they merged with Chrysler and started importing Jeep vehicles instead. (Fiat appears to be the centre of derived car designs – add in variations made in Bulgaria, Egypt, Turkey, India and South Korea, and the Fiat 124 lays a claim to being the most popular car in the world.)

With pre-orders and a court case resolved, all Ineos have to do now is start building the Grenadier. Originally seen as being a leader of British manufacturing following Brexit, with a new factory to be built in Bridgend, there was disappointment when Ineos decided to instead buy the Daimler-Benz plant at Hambach, France, to be vacated when production of Smart car series moved to China. To be fair to them, they had not promised that the Grenadier would be built in the UK – the underlying ladder frame is being built in Austria, and the engines are being supplied by BMW. Then again, the new Land Rover Defender isn’t being made in the UK either: with the original space at the Jaguar Land Rover factory in Solihull filled by production of other sports utility vehicles, namely the Jaguar X-Pace and Range Rover Velar, the Defender is being made at a facility in Mitra, Slovakia, alongside the Land Rover Discovery. 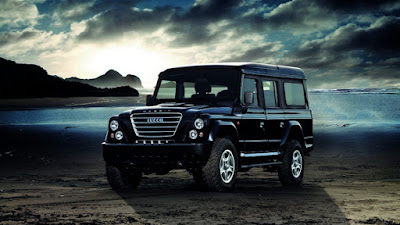