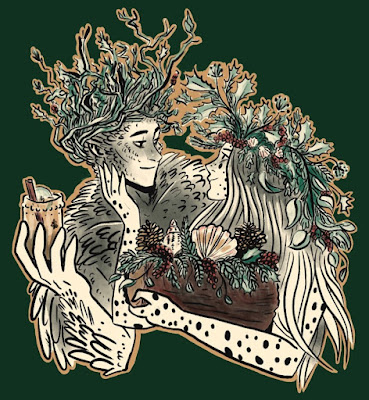 The situation doesn’t normally arise when you feel like alluding to Susan Sontag’s essay “Against Interpretation” in an article about an online comic created by your sister, but sometimes you would rather talk about how good something is, rather than dissect it until you know how good something was before you killed it. Sontag’s essay ends, “in place of a hermeneutics we need an erotics of art,” and my intention here is only to tell you why you should read Layla Spence’s “Ill Fame” [https://www.webtoons.com/en/challenge/ill-fame/list?title_no=382596&page=1].

Set in and around an island, “Ill Fame” centres on Frankie and Rhys, who have found a life together, but only in their human forms – Frankie is a seal, and daughter of King Augustus, while Rhys is a crow, and the King’s messenger. When Thomas Reid, an envoy for the Land King, comes with Caritas, a snake that can see the future, with an offer of help, lives will be changed. 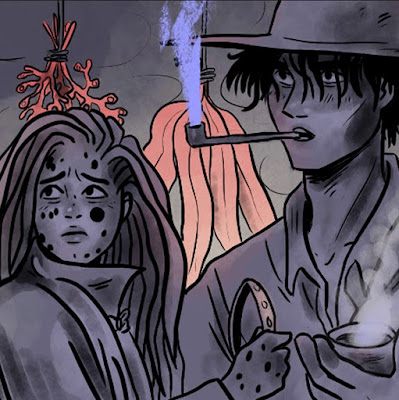 I initially attributed the title “Ill Fame” to Frankie’s father holding her in low esteem for her relationship with a crow through their ability to change forms – the ability to communicate as seal and crow is rendered crucial for them to survive as a couple against the threat of royal protocol and destiny. However, the “ill fame” also belongs to the kingdom itself, neglected by the Sea King, and given the opportunity to fall in with the Land King. 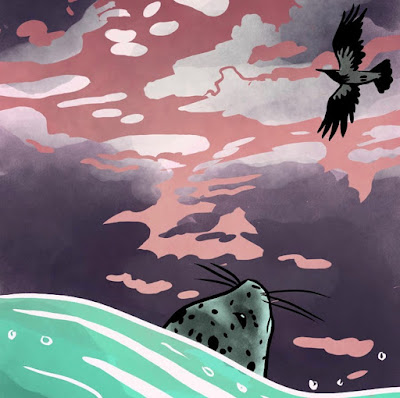 I have never really been a fan of fantasy as a genre – I do remember we once had a copy of the film “Krull” recorded from TV, and I had a copy of the Terry Jones novel “The Saga of Erik the Viking,” illustrated by Michael Foreman – but the world of “Ill Fame” is, for me, entirely of itself, not harking back to particular stories I might have seen elsewhere, or overtly trying to use its genre as an allegory for our present, unless that has happened and I have not realised yet. The state of both the sea kingdom, and of Frankie and Rhys’s relationship, remains precarious at the time of writing, and I am interested to see where this goes. 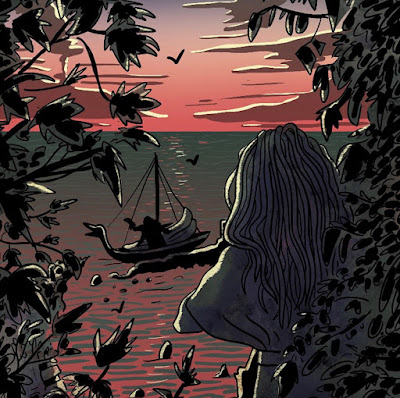 Of course, the art pulls you into the story. Presented in the online comic format of a downward scroll, each part is defined by bold black lines, spare in detail, with extremely expressive character work. The use of the sea as a setting complements the scrolling nature of the comic, allowing for a more play in how scenes unfold, and the grading of the colour through each scene, usually restricted to three or four colours to set mood, is particularly impressive – it makes the way printed comics are presented feel particularly choppy as a result, as the speed of the story is determined only by the reader. 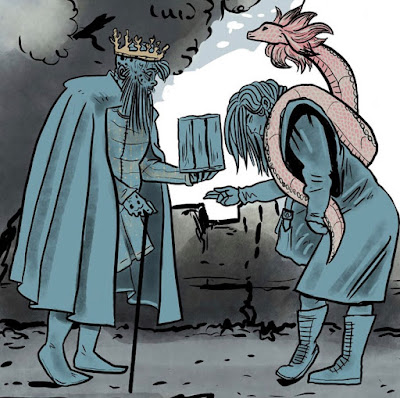 Art demands to be considered on its own terms, any words I have are written in the hope that I can push you in the direction of “Ill Fame,” and I hope I can add to the people already following the story. Moreover, because I know how much Layla puts into her art anyway, I want more people to see it out of a sense of solidarity and pride, so make sure you follow her Instagram account for updates too [link]. 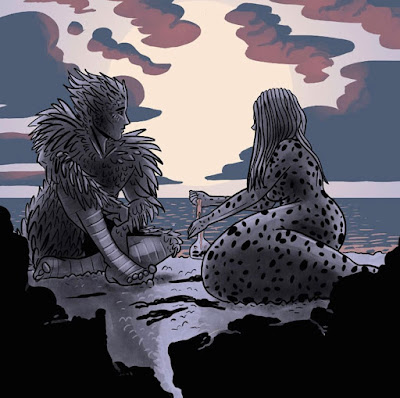