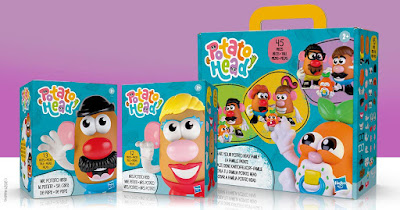 Lately, I have been waking up extremely early on Saturday mornings. With the work week done, my mind turns to writing the next “Gatekeepers” article and will already be running through what the next subject will be, or what I should include.

This week, it became increasingly obvious what I should be writing. Hasbro has announced their “Mr Potato Head” line of toys will be renamed to simply “Potato Head,” with Mr and Mrs Potato Head as parts of the lines. Instead, this was interpreted as Mr Potato Head itself being made gender-neutral, and Piers Morgan was triggered into his usual Twitter tirade about woke virtual-signalling imbeciles, because “woke” uses fewer characters than “politically correct.” Perhaps everyone should be made to provide their own potato once more.

Meanwhile, American Republican politicians Marjorie Taylor Greene and Rand Paul – the latter named after Ayn Rand – were both rebuked for comments aimed at transgender people, repeating the usual mischaracterisations and talking points, into which I cannot be bothered to repeat, except to say that Dr Rachel Levine will become United States Assistant Secretary for Health because she proved herself to be supremely qualified for the job, and does not stop being transgender because other people decide they can live in a world that excludes things they don’t like. I wish I could do that; I would be much happier.

I had already decided I was going to write that transgender is not postmodern, although I feel like just saying that and leaving it there. I shouldn’t have to explain it any further than that. I don’t need discourse to explain away my own existence as a transgender woman, and if you think you do to make your own life easier, then how am I the one who has problems?

Anyway, transgender isn’t postmodern because transgender is older than postmodernism. I also do not need an argument about how “transsexual” became replaced by “transgender,” because it does not preclude its earlier existence. Pointing out logic does not rationalise something out of existence. Even more obviously, I don’t think transgender people that existed before even the coining of the term “postmodernism,” like Albert Cashier, Joseph Lobdell, Billy Tipton, Mark Weston, Lili Elbe, Christine Jorgensen and the Public Universal Friend – put all these names into your nearest search engine – had any problems with reconciling their existence with those of anyone else, let alone what each individual believed at any particular point.

And yet, I somehow left out the following from something I wrote a couple of weeks ago:

“Gender isn’t constructed, but an individual who desires gender re-assignment surgery is to be unarguably considered a man trapped in a woman’s body (or vice versa). The fact that both of these cannot logically be true, simultaneously, is just ignored (or rationalized away with another appalling post-modern claim: that logic itself – along with the techniques of science – is merely part of the oppressive patriarchal system.)”

Somehow, I wrote an entire article about Jordan Peterson a couple of weeks ago without mentioning the above statement, from page 315 of my copy of “12 Rules for Life,” in the section for rule 11, “Do not bother children when they are skateboarding.” (The italics are his.) A few sentences earlier, Peterson talks about the “insane and incomprehensible postmodern insistence” that gender is constructed, and the moral imperative for this is to make all outcomes equitable. Yep, somehow, I just focussed on his misreading of Jacques Derrida.

What Peterson wrote does not change anything I have said. Historical precedence overrules present-day ideology, and I can sleep at night. I prefer to take the example of Alan L Hart, a transgender man best known for pioneering the use of X-ray photography in detecting of tuberculosis, saving many lives, who completed his transition in 1917. Three years later, Hart’s surgeon Joshua Allen Gilbert, wrote, “Let him who finds himself a tendency to criticize an to offer some constructive method of dealing with the problem on hand. He will not want for difficulties. The patient and I have done our best with it.”