YOU GOT MORE RABBIT THAN SAINSBURY’S [282] 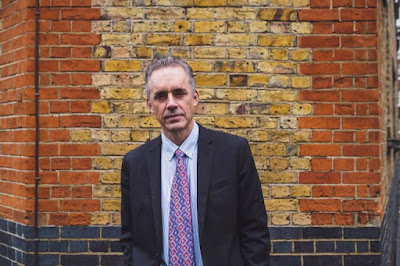 This is going to be a short piece about why the name of Jordan Brent Peterson has barely appeared in my writing of the last five years, and why it probably won’t appear again.

There is certainly no point in my presenting a long analysis of what the Canadian clinical psychologist believes, and what is contained in his 2018 book “12 Rules for Life: An Antidote to Chaos,” because this has been covered exhaustively elsewhere in reviews, columns and videos. I am not planning to cover his sequel book, “Beyond Order: 12 More Rules for Life,” when it is published in March 2021, because that would involve having to buy a copy of it.

Most likely, anyone who has also heard his name has already formed their opinion as well, and I am not planning to change anyone’s mind, so I can focus squarely on my own reasons for not wishing to engage with his thinking.

I already own a copy of “12 Rules for Life,” the success of its release meaning I could find a paperback copy in my local supermarket for £2.99, but I tried to read it, and I don’t think it was for me. It states pretty straightforward rules such as “stand up straight with your shoulders back,” and “be precise in your speech,” symbolises order as make and chaos as female, and used lobsters to explain how human social hierarchies are formed. The analysis and reporting of the book were pointing towards addressing a crisis in young men, so I had no reason to look any further.

The section where Peterson completely lost me is on age 306 of the paperback edition, titled “Postmodernism and the Long Arm of Marx.” I had never encountered Marxism being mentioned alongside postmodernism up to then, and even though he mentions that key postmodernist figure Jacques Derrida referred to his ideas as a radicalised form of Marxism, he wasn’t precise enough.

Derrida referred to his signature “deconstruction,” understanding the relationship between text and meaning, as being a radicalised form of the spirit of Marxism. Derrida’s book “Spectres of Marx” (1993) is about how the ideas of Marxism persist almost like a ghost, haunting Western society from beyond the grave. Derrida coined the term “hauntologie” in this book, pronounced the same in French as ontology, the study of existence, being and reality, and hauntology is now used as a shorthand for when a culture cannot escape its own past.

However, Peterson has created the term “postmodern neo-Marxists,” and is popular enough to make that term stick among those that take his own words as gospel. I’m not sure why he spent as long as he did on it in the book as he did – Derrida said he didn’t like “de facto” Marxism, as in Communism, but Peterson goes on about how postmodernism is someway of resurrecting Marxism, and... isn’t one of Peterson’s rules “pursue what is meaningful (not what is expedient)”? This culminated in a debate against the Slovenian philosopher Slavoj Žižek, titled “Happiness: Marxism vs. Capitalism,” where Žižek requested the names of the “cultural Marxists” Peterson had been talking about, there were no names.

The Jordan Peterson industry means there is now an ecosystem of books, videos and online content to which you can subscribe, which makes me think of Ayn Rand, another person I have little time for. There is also no shortage of people who could defend and explain his writing to me, which also makes me think of Ayn Rand. Even among professors of the University of Toronto, I would take Marshall McLuhan over Jordan Peterson.