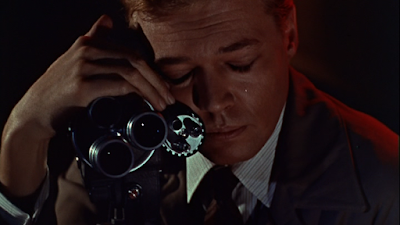 A man, concealing a film camera, meets a prostitute, and follows her inside. As she undresses, the man, through our view of his camera, advances on the girl, and the girl screams. The view cuts to a view of a film projector, playing what we have just seen on the screen, as the credits for the film we are watching, “Peeping Tom,” plays over them. The musical theme, on a piano, almost accompanies the silent film being played back before us. As the prostitute is advanced upon, the viewer stands up and, as our view is filled with the scream, the man sits back down again. Our view cuts back to the projector, and the caption, “Directed by Michael Powell.”

“Peeping Tom” was released in 1960, and immediately invited comparisons with Alfred Hitchcock’s “Psycho,” which was released at the same time. However, while Hitchcock reaped the benefits of the new approach to his usual themes, Powell was perceived to have ventured so far into a more “sleazy” territory that it destroyed his career in the UK, his remaining films short overseas. 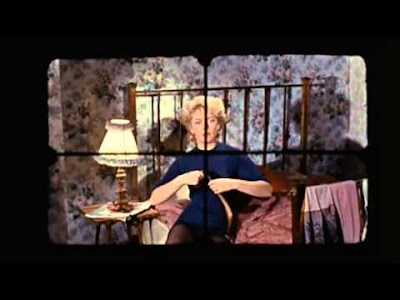 However, Michael Powell, particularly in partnership with Emeric Pressburger, was well-known for having produced and directed films that are among the best ever produced in the UK: “The Life and Death of Colonel Blimp,” “A Matter of Life and Death,” “The Red Shoes” and “Black Narcissus.” Their films have a psychological intensity displayed through character and use of colour, and the obsession of the murderer in “Peeping Tom” is also seen in “The Red Shoes.”

In “Peeping Tom,” the murderer, always seen with his camera, gives the excuse that he is making a documentary. Like his father, a biologist that always took pictures and films of his son, to see what reaction he would make, the son wants to capture the perfect moment of human fear, which he obtains through the building of a situation, through lighting as much as through menace, and through the use of a knife, concealed in a tripod, a very phallic symbol when used. In one moment of despair, he realises he has to kill again because the lighting on a previous conquest was all wrong. 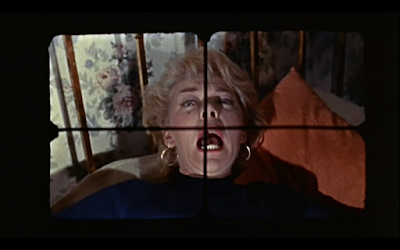 For the more reserved British public of 1960, this was all too much, and may be strong stuff for some people now. Just like many characters in Hitchcock’s films, we are all voyeurs when watching a film, and even if the subject consented to the filmed, there is always an element of having given something away. To have this presented so baldly in “Peeping Tom” is an acknowledgement, by Powell, of what being a filmmaker is about – the glimpse we see of the murderer’s father, in old film footage, is Powell himself.

Thankfully, the reputation of “Peeping Tom,” and of Powell, was rehabilitated by the same film critics that hailed Hitchcock as an auteur, and Powell and Pressburger were given BAFTA fellowships in 1981. In “Peeping Tom,” a film that has almost no blood, no swearing, and no penetration, the unease it creates in its audience means it is the most horrifying film I have seen in the last month – if only those that saw it had taken it was well as they had with “Psycho.”