Showing posts from September, 2016
Show All

So, here I am, at my nineteenth article for this site, having not decided on what to write. I have future subjects in mind, with facts and ideas percolating away, but nothing screaming to be written this very minute. However, I will have a good word with myself about having something really good for next time. In making a film, this is not possible at all. Aside from hoping to contribute to the art of storytelling, people at all levels of the film business, from actors to crew to cinemas, depend on you for their livelihoods. If you cannot start principal photography with a good script or, even worse, an unfinished script, you risk the anger of too many people to contemplate. Bearing in mind how most films are adaptations of stories from another source, I will draw on an essay I wrote in 2013, upon the release of zombie film “World War Z.” Based on a novel by Max Brooks, son of Mel, the maker of “The Producers,” “Blazing Saddles” and Young Frankenstein,” the script for “World
Post a Comment
Read more

SOMEONE LEFT THE CAKE OUT IN THE RAIN 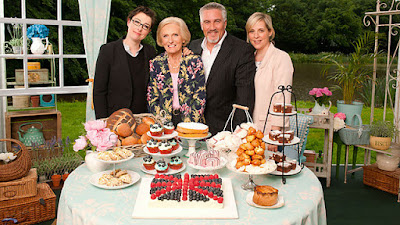 I have previously written here about how the fabric of the country will unravel with the threat of no more cake, because few other places would even consider it. However, this may help me to determine why so many people became worked up this week by the prospect of a television programme simply moving from one channel to another. The facts of the story, helped by my never having watched it, are that “The Great British Bake Off,” a televised baking contest, will move from BBC One to Channel 4 for its next three series. This is because the company that made it for the BBC, Love Productions, itself seventy per cent owned by Sky, was offered more money by Channel 4 - at £25 million per series, they offered twice what the BBC were willing to commit, and four times its existing rate. With the deal completed without the input of its stars, its presenters will not be moving, and a question mark hangs over the judges, meaning Channel 4 may have bought the most expensive tent on record.
Post a Comment
Read more

WE’RE NOT GONNA SIT IN SILENCE 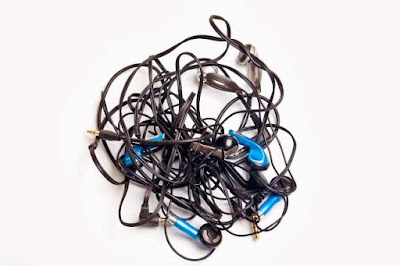 Well, there was me thinking the most important parts of a pair of headphones were put in your ears. Instead, I have heard people moan that, if they next upgrade to the iPhone 7, they can’t plug in their existing pair. Apart from going wireless, they could use the headphones Apple provide with the phone – a fact seemingly lost on the most annoyed of people - or use the limp-looking adaptor also bundled with it, possibly put there to head off the complaints. Some people really needed a reason to feel screwed: so, because Apple made something a tiny bit fiddlier, they are being outright hostile to you? Phil Schiller was mocked online for his use of the word “courage” when explaining why Apple removed the iPhone’s headphone jack but, when you are head of marketing at the biggest consumer electronics company on Earth, and you tell people why their habit of a lifetime probably should change, you have to be sure you’re right. As someone who, for the last twenty years, hasn’t left t
Post a Comment
Read more

I'LL BE YOUR MIRROR 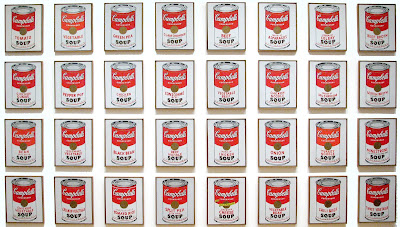 I cannot comprehend how the Pop Art-ist Andy Warhol ate the same lunch for twenty years – like Albert Einstein, or Alfred Hitchcock, who always wore the same clothes, I can only guess a standard lunch of condensed soup (usually tomato) and Coca-Cola means you save precious seconds that can be spent thinking how to produce the perfect screen print of Marilyn Monroe, or of an electric chair, or something. Having just eaten this lunch before writing – I had cream of mushroom – I feel that fewer than three hundred calories does not feel like enough to sustain you until dinner, and the soup really needs to be eaten with something. It might fill a hole in your stomach, but not much more. However, this was not why Warhol, whose career as a commercial illustrator for newspaper and magazine advertisements led him into fine art, chose to make his name by painting the cans and bottles that he saw every day. With a chance to submit works to a gallery, and a need for to distinguish his
Post a Comment
Read more
More posts