Showing posts from November, 2019
Show All

EVERYONE SEEMS TO KNOW THE SCORE [208] 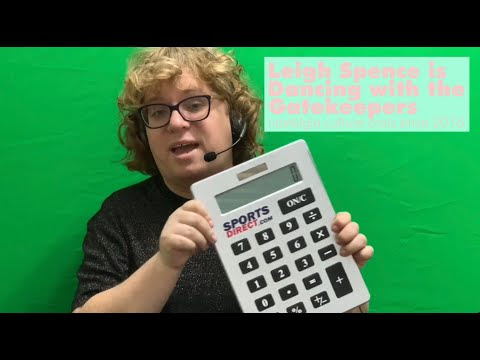 Please see below for the script I used: Hello there. It shouldn’t need this much effort, but even a gigantic piece of technology can still tell me that two plus two is four. So, this is the Sports Direct giant calculator. For those outside the UK, Sports Direct is a sporting goods and fashion retailer, towards the cheaper end of the market, but they are also the owners of sporting labels like Slazenger, Everlast and Lonsdale. They are also in the business of selling giant novelty items with their logo plastered on them, like mugs, bowls, and calculators. It cost me all of four pounds to buy, and the cashier smiled when I asked for one – they were on a peg behind her, so I couldn’t just reach over and take one. You can buy similar calculators without the logo, but it’s one more thing with “Sports Direct” on it, and that’s why it exists. Nothing else about this says “sport,” does it? Despite the size this is still a calculator, working like any other... to a point. You’ll
Post a Comment
Read more 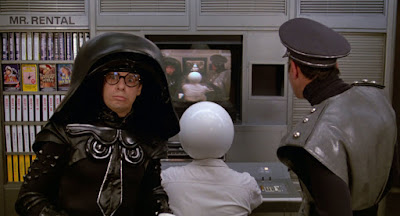 As I write, the latest “Star Wars” trilogy is due to end, with “The Rise of Skywalker.” I was not stirred when watching the trailer at the cinema – it was the same tropes, characters and references, in a different order, with all the finality of a “Friday the 13th” film’s ending. Mind you, the unsettling experience of watching the feature, “Joker,” perked me back up, using its own bag of intellectual property to create a powerful psychological portrait.  No wonder a “Star Wars” parody appeals to me – forcing yourself to be original by approaching your source material from a different direction. Even better, "Spaceballs" is not just a good parody of "Star Wars," but a credible science fiction film in its own right, after I forgot I was watching a parody. In 1987, the original "Star Wars" trilogy had been complete for four years, giving the pre-internet general public, not just hardcore fans, enough time to soak in the references that Mel Brooks w
Post a Comment
Read more 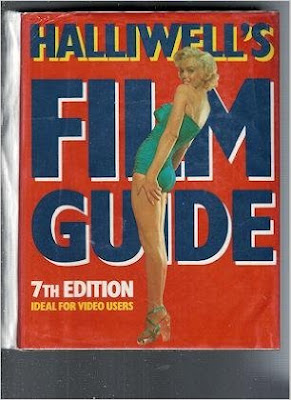 “Deliberately scarifying and highly commercial shocker with little but its art direction to commend it to connoisseurs.” With Halloween over, we are approaching that time to be thankful again and, for lovers of films, Christmas roots you to your sofa, with the biggest TV premières saved for the festive period. You may also be given a book or two as a present, a popular choice being books with curated, “definitive” lists, with titles like “1001 Movies You Must See Before You Die” – ironically, updated versions of that book come out each year, so anyone who saw a film displaced by new entries for the 2019 edition, like “Sorry to Bother You” and “The Favourite,” may have to reassess their options. The above quote, for Ridley Scott’s original “Alien” (1979), came from “Halliwell’s Film Guide,” an originator of the annual film guides that forced their ways into homes each Christmas, from magazine publishers like “Radio Times, “Empire” and “Time Out,” and from critics like Leonard
Post a Comment
Read more 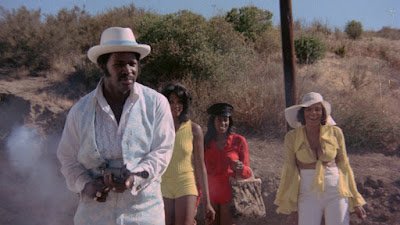 The story of enterprising and ribald comedian Rudy Ray Moore, and how he made the outrageous blaxploitation comedy “Dolemite,” is worth retelling for how Moore inhabited a character far larger than life and tastes could allow, recording explicit stand-up albums, leading to films, all forced into life by sheer force of Dolemite’s will, and Moore’s determination. “Dolemite” could never have been a studio project, but popular culture pierced itself on it very quickly once Moore made it himself. The Netflix comedy “Dolemite Is My Name,” stars Eddie Murphy as one of his heroes, with a script by the writers of Tim Burton’s film “Ed Wood,” in a passion project that took fifteen years to complete. (How is this for six degrees of separation: Rudy Ray Moore starred in “Dolemite,” whose cinematographer, then U.C.L.A. film student Nicholas von Sternberg, was the son of director Josef von Sternberg, who directed Marlene Dietrich in “The Blue Angel” - Dietrich appeared in “Touch of Evil” w
Post a Comment
Read more
More posts